It’s hard to find a country that preserves and cherishes its traditions and culture more carefully than Japan. Tourists from around the world come to Japan in search of its historical and architectural treasures.

Travel to Japan is recommended by JapaneseTrains, as it is super comfortable and fast, which allows in any time to see as many beautiful places in this country as possible. This culture offers a sense of calm and balance that you can’t find anywhere else. If you’re thinking about visiting Japan, then in this article there’re 10 must-see destinations that should be on your journey list! 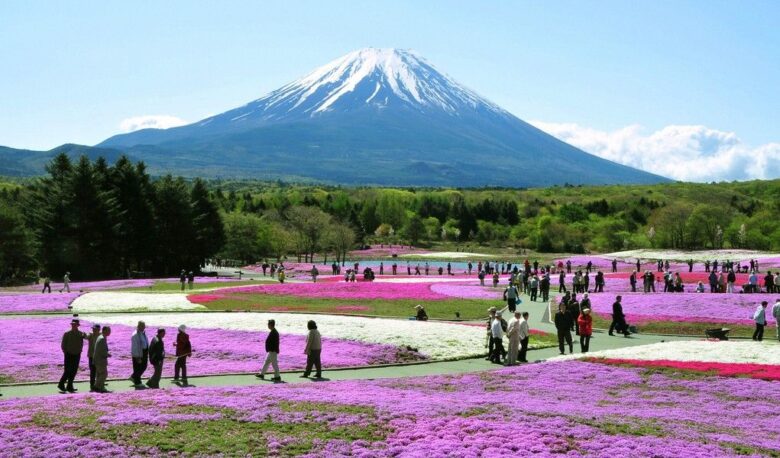 It is one of the most interesting natural places in Japan, receiving about 20 million tourists annually. The park is home to the famous Mount Fuji, which is an active volcano, five large mountain lakes located nearby at over 1,000 meters, hot springs and waterfalls, islands and the beach, as well as ancient Buddhist and Shinto temples.

By the way, Mount Fuji is the tallest one in Japan and is a country’s sacred symbol. It contributes to Japan’s physical, cultural, and spiritual geography. A popular place in the park is a cableway to Mount Hakone, which used to be an active volcano. It’s surrounded by six small volcanoes that are still smoking today. Sounds fascinating, doesn’t it?

What else is there to see in Japan? Of course, Matsumoto Castle, originally known as Fukashi Castle. It is located in the city of the same name and is considered to be one of the most charming and premier historic castles in the country. The Japanese call this site “Karasu-jo,” which translates as “Castle of the Crow”.

This is because of its black color, so its outline resembles a raven spreading its wings. The most fascinating and beautiful part about Matsumoto Castle is the main tower, Tenshukaku. The castle is a fascinating place to visit, with so many hidden secrets and history. But if you’re lack time, the gardens and moats around it are free and provide a charming view of the building. 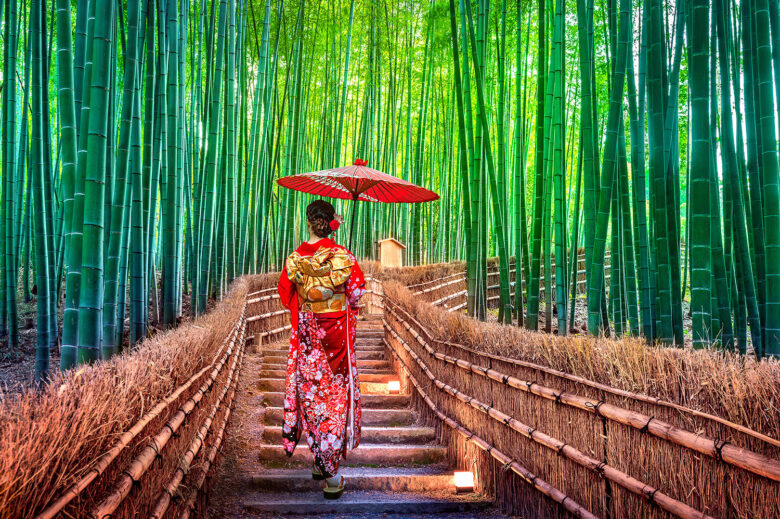 The grove was created by the monk Muso Soseki. Everything here has a deep meaning, so it is said that one can understand the meaning of life in this atmosphere or feel like being in another world. This is because the bamboo stems produce special sounds, which generally create their own unique special music.

This sound is something that will never be forgotten. The trees are tall, reaching up to 40 meters high in some places which offer you to listen to wonderful music and feel a sense of solitude with nature. Arashiyama Bamboo Forest is believed to be one of the most photographed places in Kyoto as well, so anyone visiting Japan should take a photo here!

High on Nati Mount, the dazzling orange and white great shrine of Kumano Nati Taishya stands, dedicated to the thundering waterfall god Nati. It is one of the shrines of Kumano Sanzan, the center of attraction for pilgrims following the historic Kumano Kodo path.

It’s a holy and extremely charming site that is a must-see for anyone who wants to get in touch with Japanese culture and religion. The legend says that this temple was founded by an Indian monk, who also built Fudarakusan Temple in the fourth century. So,  it’s an old historic site,  imbued with the power of the Japanese religious spirit. 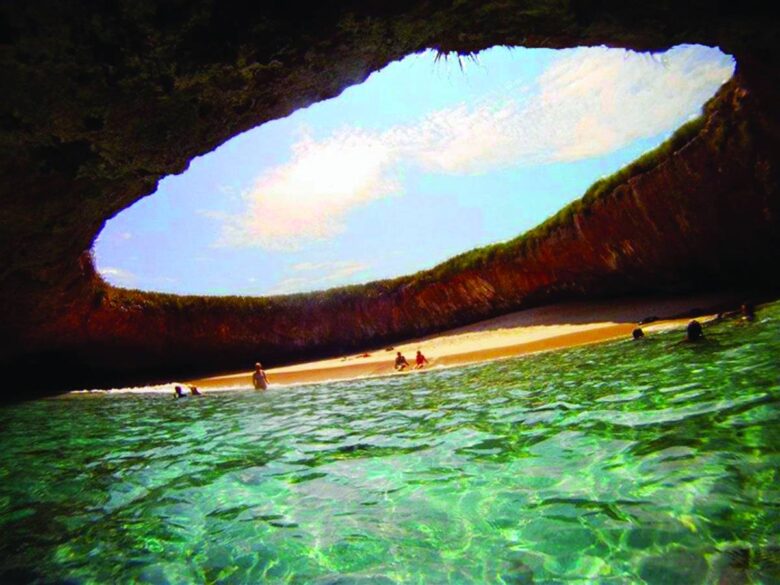 Ishigaki Island, or as it is called the tropical paradise in southern Japan, is renowned for its coral reefs. So diving is especially popular here. Ishigaki also boasts a beautiful coastline with gorgeous beaches and excellent hiking trails in the central part of the island. The rare blue coral of Shiraho Reef is found within Iriomote-Ishigaki National Park as well.

Hitachi Park is located in the northeastern part of Tokyo Prefecture on Honshu Island. The most ideal time to visit this place would have been during September when 4.5 million anemophilous (American forget-me-nots) bloom turning earth into an amazing blue blanket covered with flowers! If you’re looking for some peace and quiet, Hitachi Seaside Park is the place. Baby blue eyes, cosmos, sunflowers, kochia bush — the diversity of flowers there is amazing. 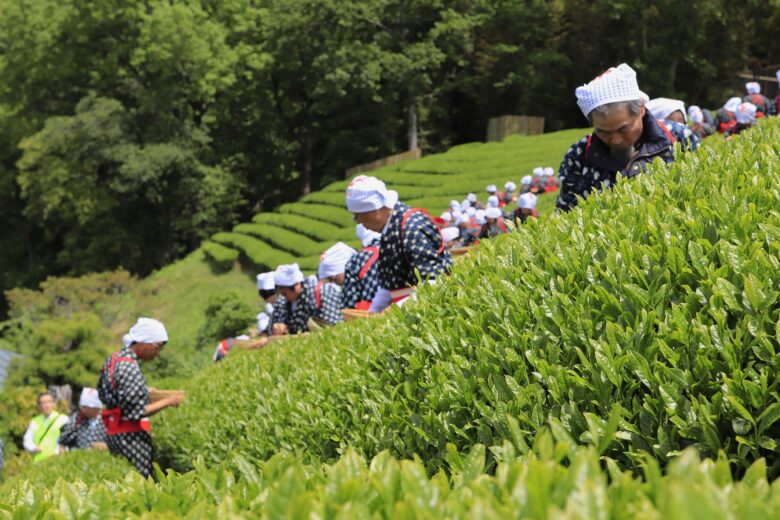 The beautiful tea plantation in Shizuoka Prefecture is a must-see for anyone who appreciates Japanese culture. It is perhaps most famous around the World as a leader in the production of Japanese Green Tea. The natural scenery and taste of this world treasure have been preserved over centuries, with its origins dating back 1,300 years ago, and admire the beautiful natural scenery.

Naoshima Island is a hidden getaway in Japan. With its Mediterranean atmosphere, pristine beaches, and sunny weather, this island is known for its modern art museums, architecture, and sculptures as well. Sandy beaches and sunny weather make it a relaxing getaway from big cities like Tokyo or Osaka. 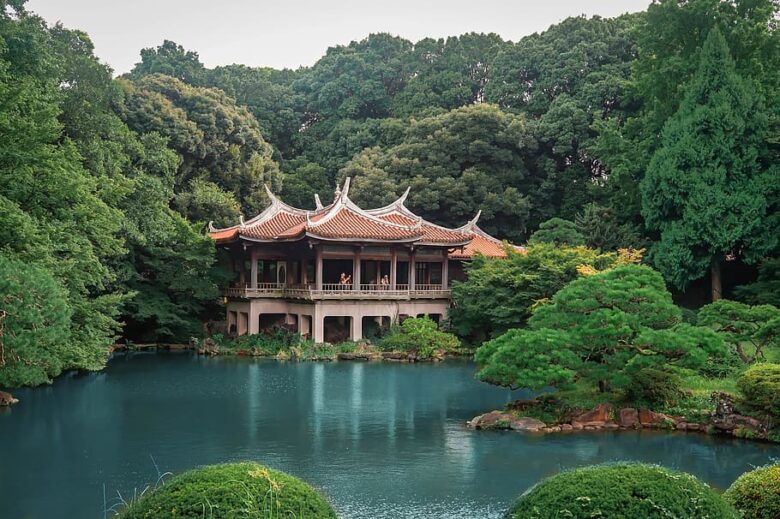 Shinjuku Gyoen is one of Tokyo’s largest and most popular parks. Located just a short walk from Shinjuku Metro Station, it provides a calm atmosphere and the solitude of the beautiful Japanese nature. Many of the plants here are amazingly beautiful when in bloom. Here you can fully relax and get satisfaction from walking and time-spending. The park is open Tuesday through Sunday, though during cherry blossom bloom time, the attraction is open daily.

Mount Aso is the largest active volcano in Japan and one of only the three largest mountains on Earth. It stands in Aso Kujū National Park in Kumamoto Prefecture, on the island of Kyushu, and has a peak which is 1,592 meters (5,223 ft) above sea level. The roads in Aso are so beautiful, they have to be seen with the eyes of a traveler and will take your breath away!

This mountain is not just a magnificent sight to see, but also an intense smell that faces you as soon as your car approaches. Its summit is marked by a strong smell of sulfur, so be careful.

So, Japan is a country of mystery and beauty, full of its own special oriental charm. “Land of the Rising Sun” or “Land of the Amazing Constraints” is all about it. The list of must-see picturesque spots here can go on and on. If you come here, you will not regret plunging into the magic of this amazing country!