One of the most reputed and known investment firms from Silicon Valley, Noosphere Ventures Partners, is looking forward to building one of the first integrated space businesses. The brains behind the project, Max Polyakov, a well-known international businessman, founded Noosphere Ventures right before creating Earth Observing Systems Data Analytics, or EOSDA. The entrepreneur officially entered the launch business soon after acquiring Firefly Aerospace.

Noosphere Ventures has a lot of projects packed under its portfolio. Some of them include the maker of the electric propulsion systems called SETS and the orbital transfer vehicle provider known as D-Orbit. However, the flagship investment of the venture firm is Firefly Aerospace, which will be realizing its first orbital attempt soon. However, Firefly Aerospace has come across a slight hiccup – it is looking for an investment of $350 to accelerate development. The company wants to get this done as soon as possible because SPACs attract the most significant number of investors in the space business. SPACs are special acquisition companies that open up the fastest way to public markets for businesses.

Meanwhile, it has been reported that EOSDA will be launching its first synthetic aperture radar satellite in 2022. The satellite is called the EOS SAR satellite; additionally, an optical spacecraft is also under development.
Since the company is known to bridge different forms of space businesses under a single roof, Noosphere Ventures is gaining the reputation of developing components and selling finished products at a more affordable rate to customers looking for integrated solutions.

Sadly, the COVID-19 pandemic has caused some companies to change their business tactics. Max Polyakov has shared his perspective on how he plans to cope with the changing business landscape.

Acquisitions and Partnerships – Did Those Change Due to The Pandemic? 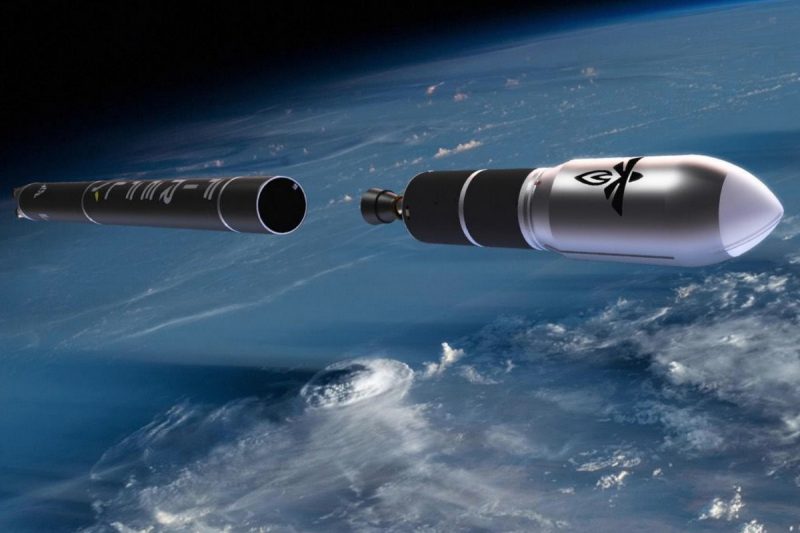 According to Noosphere Ventures, the pandemic has indeed slowed down the operations of some companies. Some have even been forced to shut down or rethink their business approach. However, Max is more focused on the company’s long-term health and how to distribute its services to more clients. Therefore, his investment venture is still on track and trying to get its goals accomplished.

While there might be some short-term challenges, Polyakov believes that his companies are more than capable of retaining several advantages simply because of the expertise and understanding of the market they have accumulated under his supervision.

Is the Pandemic a Hindrance or Help for the Investment Strategy of Noosphere?

The company is aware that the pandemic has hit hard on all sorts of industries globally, including the space sector. But the strategies and planning have not been changed. Noosphere’s investment venture will continue to innovate every space company under its umbrella. The company is showing no signs of slowing down, even during the pandemic.

Noosphere is still working to realize the dream of vertical integration. It will allow maintaining control over many aspects of space businesses, like communications, launch vehicles, ground stations, earth observation, and data analysis. They will not lose any advantages just because of the COVID-19 situation.

Has the Competition for the Best Deals Become Fiercer Than Before?

It has been observed that many investment companies, like Redwire and Voyager, are using tactics and strategies similar to those of Noosphere. The venture’s priority is to ensure the success of its current investments because it is relatively new to the space sector. However, Noosphere is on the lookout for deals that can bring synergies to the business and be advantageous for the customers.

Why Did the First Firefly Launch Get Delayed, Even Though It Was Protected from Supply Problems? 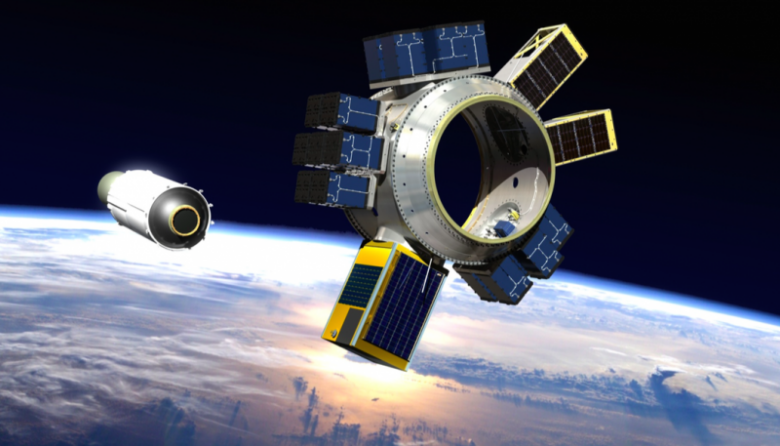 Firefly will be launching by the end of 2022, expectedly. Polyakov explains that it is pretty normal for launches to get delayed. After all, rockets and satellites are not simple machines. Engineers and mechanics work day and night to ensure that there are no problems with them. If they were simple, there would have been launches every month. Firefly and its partners work continuously to ensure that the delays are minimized as much as possible.

Is the Need to Raise $350 Related to the SPACs Activity?

Noosphere states that the Firefly is only looking for capital to increase the speed of its growth, not because of the SPAC activity. The democratization and commercialization of space exploration will bring in more cash flow for short-term projects. Additionally, it was mentioned that the launch company is only looking for long-term success.

Who Are the Investors Noosphere Considers Fit?

Currently, many investors looking forward to working with the space sector are getting in touch with Noosphere. But its owner claims they are only looking for partners that share the passion and only look for long-term profit. Apart from finances, the investors should also be capable of sharing their knowledge and expertise. Shared ideas are crucial for stable growth.

Can the Planning Strategies of Early-Stage Space Companies Change Because of the Rise of SPACs? Is This Change Good or Bad? 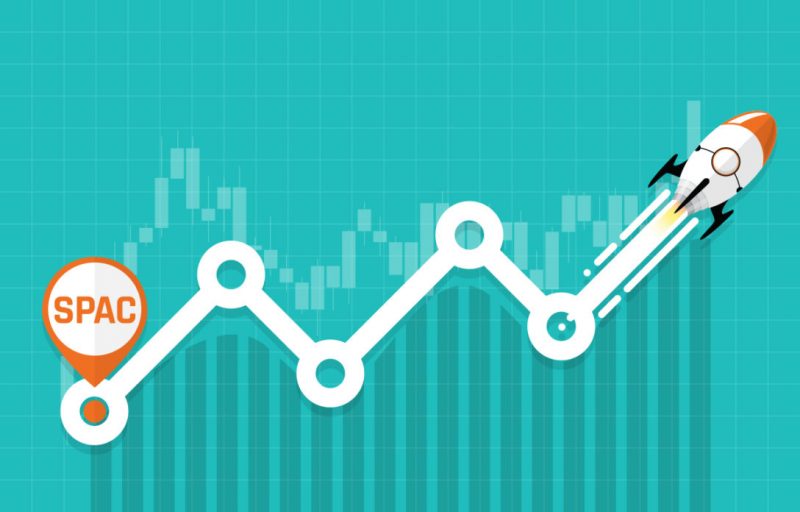 For Noosphere Ventures, it is not surprising to see capital flowing into the space sector. SPACs are often seen as another investment option by most space companies; they can be seen as a trend more than an option. As most of us already know, a new trend arises almost every decade. Even the South Sea Company, the most rewarding stock in England during that period, failed unexpectedly. It is not all roses here – there may be a few surprises that may not sound too good for the space industry.

SPACs will often bring investors that have some expertise and passion, apart from the funds. Therefore, some space companies will join hands in partnership with SPACs. Post-merger, these companies grow better. But these companies are not prepared to go public, so the trend has often been called unhealthy. Such companies mostly have minimal intrinsic value and will either overpromise the product that they can deliver or compete with highly complex technologies. Hence, you can see that the market is full of false projects.

According to Noosphere’s founder, the core business idea of a space company needs to be viable; this means that the products should become deliverable before the company starts seeking investment. In this case, with the help of SPAC, there is a decent chance of growth for such a company. Additionally, Noosphere has shown no interest in setting up its own SPAC so far.

Is There Any Impact of Social, Corporate, and Environmental Governance on the Growth Of EOSDA?

Following the EOSDA idea, companies need to know the impact they will cause on the natural environment and the local communities. Additional efforts and policies need to be implemented to minimize these impacts. The companies and the stakeholders need to communicate and monitor the effects.

In this case, Noosphere has proven its superiority. All the satellites that are being developed have a revisit time of 2-3 days, irrespective of the location. Thanks to modern data processing and compression algorithms, this provides a significant benefit to customers for monitoring the impact. With the help of advanced cameras, the number of required satellites also gets reduced, cutting the overall costs.

Expert analysts say that companies like EOSDA are essential for the welfare of the global economy because the benefits are crucial for both modern businesses and humankind.

Polyakov believes that the ESG is so much more than just a simple trend. In reality, it is a permanent feature that should be sought for in companies by concerned clients nowadays. These principles of knowledge as the driving force, first introduced by Volodymyr Vernadsky, are rooted deep in the philosophy of Noosphere.
It is crucial to introduce the space industry and technology to new industrial sectors. EOSDA intends to offer tailored solutions and analytics at an affordable rate, and the company is confident that users, who would not have engaged with the space industry, will use their services.

What Are the Plans for the Near Future? 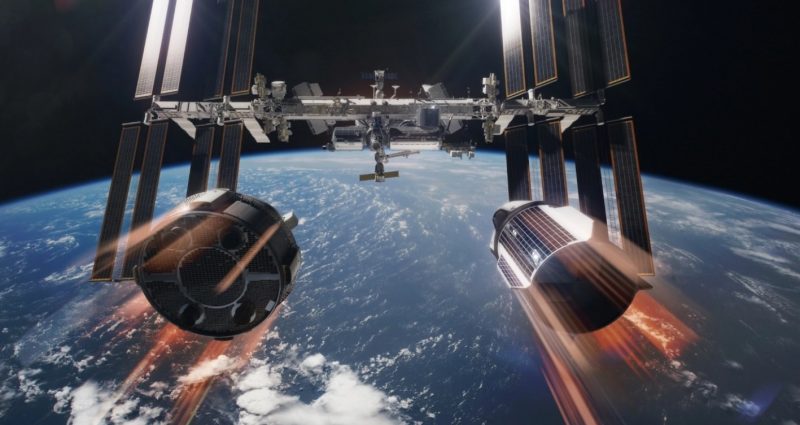 Ever since its foundation, EOSDA has believed in its fundamental role in creating a vertically integrated space ecosystem. Max Polyakov wants to integrate all his projects under a single umbrella. The strategy behind the creation of EOSDA is to plan and execute a project that will help the customers understand the Earth’s current condition and how it can be improved. The satellites will bring in data and knowledge from space, and the information will be used to preserve the planet. Overall, the point is not in looking for profits – the safe existence of the planet is what really matters.

Frequently Asked Questions about Car Rental in the Netherlands – 2022 Guide

What to Choose: Storage or Instantaneous Water Heater? – 2022 Guide