Tyrone Evans Clark is a known Award-Winning Actor and Filmmaker who showed people anything is possible. In 2010, he made his first TV appearance in “Investigating FREE MONEY” a TV Movie Documentary based on regular people who made breakthroughs in their lives financially by finding free money. This landing role allowed him to gain tremendous exposure and longevity in the entertainment world. Being a member of the LGBTQA+ Community and a person of color didn’t always work in his favor when it came down to auditions. After years of hard work now Tyrone is one of the most inspiring entertainers in the world and with an estimated net worth of 1.5 million USD.

Tyrone is pretty open to the public when it comes down to his personal life. This is always great, but we also completed a thorough investigation to find some cool facts during his humble beginnings before his fame life. 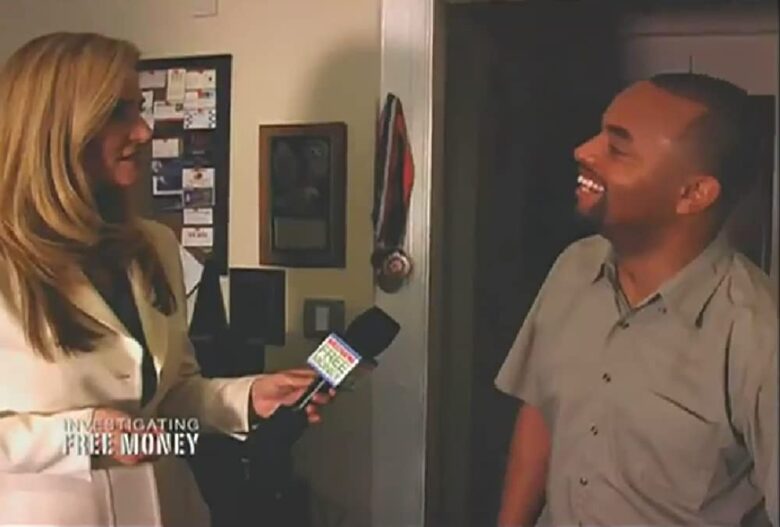 In 2010, Tyrone appeared on the controversial TV Movie “Investigating FREE MONEY”. In this movie he gets interviewed by reporter Misha Dibono who is also an actress in the movie “Spiders (2013)”. In the movie “Spiders” Misha is also a reporter (News Anchor) in this too. It was very obvious that Tyrone’s hair wasn’t as long as it is Today in this role. This documentary was created by Kevin Trudeau. Kevin is an actor too, known for Tranced (2010), Debt Cures (2007), and is a Best-Selling Author and consumer advocate.

While filming “Seatbelt Psychic” Thomas John (a.k.a Manhattan Medium) gave Tyrone a strong reading about is love ones who passed unto the other side. Unfortunately the reading was so long that the producers couldn’t fit everything in the episode. Thomas even gave Tyrone confirmation to stay in the acting business. The “Seatbelt Psychic” TV series originally aired on LIFETIME (Cable Channel), but now has made a new home on Apple TV. 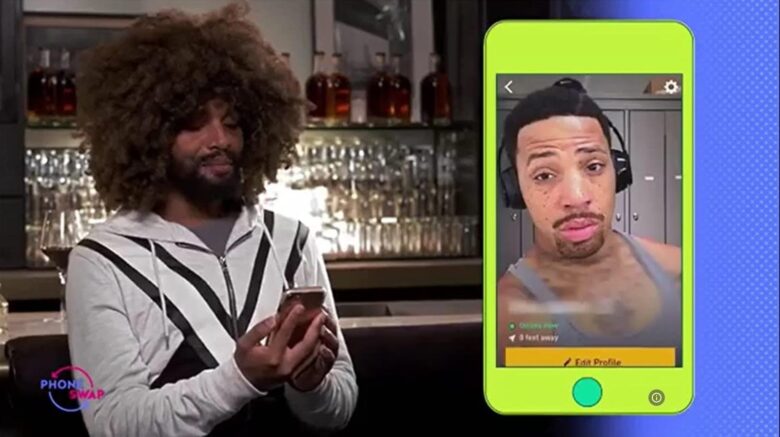 In 2018, Tyrone got a big role on FOX’s “Phone Swap”. While on-set Tyrone was developing feelings for his date Justice Williams who later on in the episode rejected him. Justice didn’t want to date Tyrone because of his big Afrocentric hairstyle. Both of the young men decided to just be friends. A few years later they reconnected through Facebook, but still today Justice prefers to be Tyrone’s friend. The actor said Justice seems like a real down-to-earth person, but I can honestly tell that our energy didn’t mesh well.

4. Vivica A. Fox gives Tyrone a reality check on being naked around his roommate

A few years ago on the TV series drama “Face The Truth”, Vivica A. Fox and her co-host gave Tyrone (known on this episode as “Ty”) some advice that he shouldn’t be naked around his roommate 24/7. During the filming Tyrone was really naked on-set and was forced a few times by producers to put some clothes on. Everyone including the host of the show was tickled by his energy and the idea that he loves to be naked all the time.

Vivica and her co-host Mary Chrzanowski, Judy Ho, Areva Martin, and Rosie Mercado gifted him a gift card with a massive amount for male underwear and furniture. They also force Tyrone to promise to never be naked around his roommates every again.

5. Tyrone was about to leave set because his date was running late 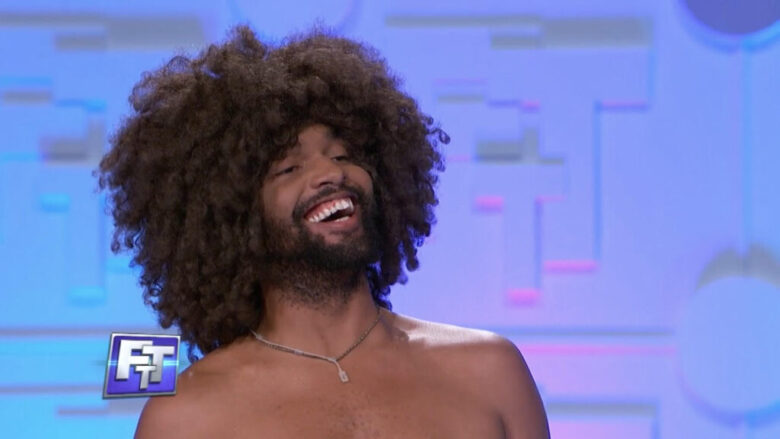 Tyrone informed the producers on the show of “Dating #NoFilter (2019)” that he is ready to walk offset due to his date running super late. At the time off camera he didn’t realize his date Brian was putting in a lot of time into transforming into his alter ego Briyonce’ Balenci Barbie. Later on that night Tyrone relaxed with his date and pretended nothing bad happen. Still, to this day Brian and Tyrone still stay in touch.

Besides being a creative individual, Tyrone was given an opportunity to lick a whipped cream-covered banana on the set of the series “MTV’s Flex on My Ex (2019)” and he took it. The camera crew had to stop him from licking the banana way too much during the shoot. The actor said he loves anything with bananas and this includes whipped cream.

7. Justin Willman freaks Tyrone out with his magic trick 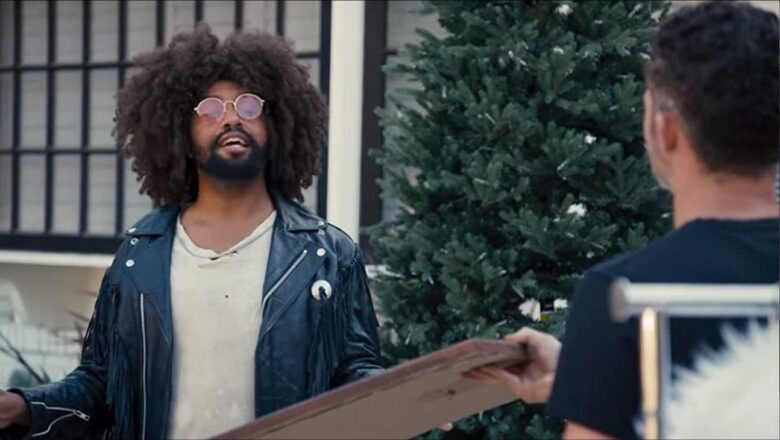 On the set of “Netflix’s Magic for Humans (2020)”, Tyrone thought there were ghost everywhere trying to get him. The magician Justin Willman kept trying to persuade him that there are no ghosts or demons on-set. Justin wanted Tyrone to believe in magic, but he just couldn’t keep his mind off of invisible monsters. Netflix’s crew couldn’t stop laughing at Tyrone’s behavior on-set, but it worked for the scene. The actor said he doesn’t mess with ghost, even though he is related to the cool token black guy who stars in Ghostbusters “Ernie Hudson”.

8. Rickey Thompson get on Tyrone for his metaphorical speaking

In 2019, Rickey Thompson shut Tyrone down on-set of “Tri Me” for using so many metaphors in his dialect. Things cleared up later on with both actors when Tyrone explains to him that this is the way he speaks with everyone on a regular basis. The actor said that they are both good and he will always be a fan of Ricky Thompson. 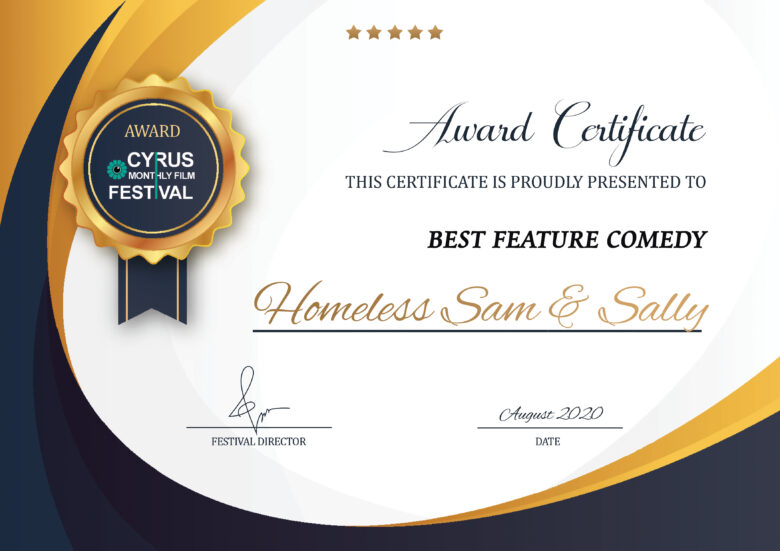 Around the year 2022, Tyrone directs, produces, writes, and stars in his first film “Homeless Sam & Sally – The Movie”. This award-winning film is inspired by true life events and takes place in Koreatown, Los Angeles (Neighborhood in LA, California). It’s based on a relationship between a mother (Margaret Newborn) and her child (Tyrone Evans Clark) who is forced by the system to live on the street. There is also a TV series as well based around the same synopsis on BINGE Networks.

Earlier this year of 2022, Tyrone comes out with his first controversial music video “Tyrone Evans Clark – Gotta Get Some Tissue!” This cartoon animated video has won awards and official selections from all over the globe. The major inspiration behind it is COVID-19 and people struggling with not having enough tissue toilet paper. The actor said in his song I gotta get some tissue to wipe my booty, but there isn’t any tissue to wipe my booty.

Here Is How You Should Buy Art Prints For Yourself Right Now!