While people often don’t appreciate professional wrestling as much as they should there’s one thing no one can argue; most of the top-tier fighters are good-looking men. We’re right, don’t you agree? Some of the physiques you’ll find in WWE and AEW can’t be found in any other sport.

Because of this, you won’t be surprised when we tell you that some wrestler got married to models. This is how it goes in the world of entertainment. Some wrestler marries their colleagues, other got with regular people, and today we’re going to talk about those who married top models. It’s always nice to have a good-looking woman by your side, and in some cases, it can help your brand. So, let’s see five wrestling stars who married models.

Who would have thought? Paul Wight, who is better known by his stage name Big Show married a model. He is one of the long-standing names in the industry with his debut handed to him some twenty years ago. In the long history he has with the sport he managed to win almost every belt out there. Big Show got married twice, with his second wife being a former model, Bess Katramados. She’s not as famed as Irina Shayk for example, but in her home state of Illinois, she’s a well-known name. Once they got married, she stopped being a model and dedicated herself to family and her husband’s career. The pair has two children together. 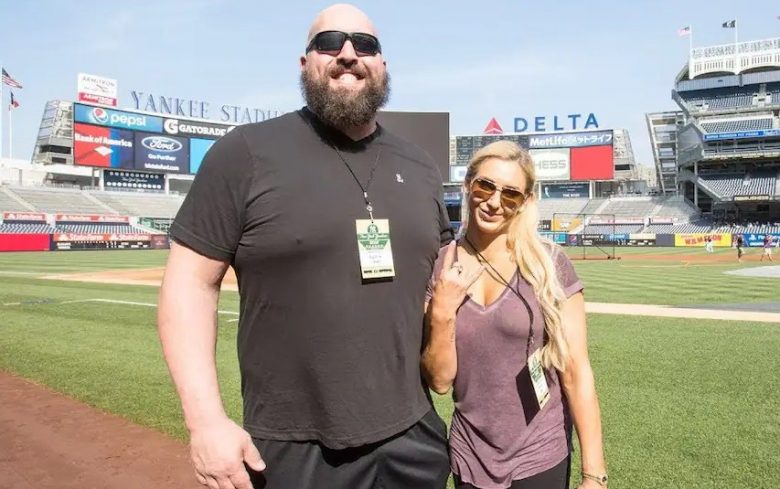 Is there anything left to tell about Roman reigns that you already don’t know? When it comes to SmackDown he’s the top face, and it’s no wonder he married a model. Galina Becker is his wife and the pair have been together since their college days. Before modeling, Galina excelled in sports being adept in volleyball and track and field. After graduation, she worked as a fitness model and has a physique to prove it.

Hager is not a big name as the two men above, but they do share one thing in common – a model wife. Catalina White Hager is a well-known name in the world of modeling after being employed by magazines such as Maxim, FHM, and Complex. It’s no wonder she managed to spin the head of one WWE and AEW superstar. Interestingly, Catalina was also into pro-wrestling and was once upon a time employed by WWE. She didn’t manage to kick-start her career, but at least she got Jake. The pair has two children. 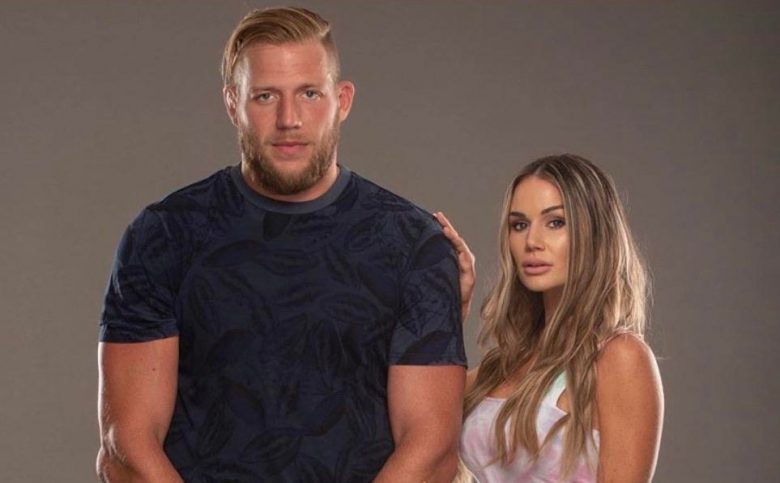 Orton is a massive name in this industry so by now you probably know he tied the know with one Kim Kessler. She is not been a model since forever as she only recently entered these waters. Once she launched her brand SLTHR, both she and Randy have been acting as models for the brand. The pair has been married for over six years, and are very supportive of each other’s work. Orton isn’t shy of praising his model wife as he did during guesting with Stone Cold Steve Austin on his podcast Broken Skull Sessions. During the session, Orton said: “I’m doing my thing in the ring, she is doing her thing at home raising five kids. On the side, she is also the owner of her own company SLTHR. And yeah, we are selling some merch man. I’ll tell you what, if it’s me to a tee I love it. I’m proud of her.”

Cage was a big name in the industry back in the day, and we can argue he still is after returning to ring last year. After retiring with WWE he returned as a fighter in AEW and started his new campaign with a win. His wife is Denise Hartmann, a former German model. The pair got married more than twenty years ago. They have a daughter together, who will probably grow up as a wrestling fan as her parents met that way. We can’t say much more about the couple as they keep their personal life pretty tidy and to themselves.

Why Celebrities Are So Obsessed With Cryptocurrencies – 2022 Guide