Kylie Jenner can do it all. This young lady is not only so successful to be crowned one of the youngest billionaires in the world, but she’s also not shy of spending her money. When you take a look at her car collection you’ll get an idea of what we’re talking about. Cosmetic mogul owns such cars that your brain will literally stop. We’re talking about pieces such as Bugatti Chiron and LaFerrari Aperta. Some of these automobiles are basically collector’s items, and by the way things seem, Kylie is a serious collector in her own right.

You only need to take a peek at her Instagram feed to see what she has at her disposal. But, this could take you some time considering the number of photos she’s putting out. Instead, remain with us and scroll down to see her collection all in one place. Trust us, you’ll be left breathless. Thank God, she’s not shy of showing off. Let’s go with the first of the bunch.

You’ll notice a pattern here. She likes them super expensive and luxurious. Of course when she can afford them. But, there are other things. She loves to buy them emotionally. After each big emotional event, she got a new ride. The Chiron came her way after breaking up with Travis Scott. Man, she could have gotten herself some ice cream like the rest of us. Let’s just mention that this model from Bugatti costs somewhat $3 million. 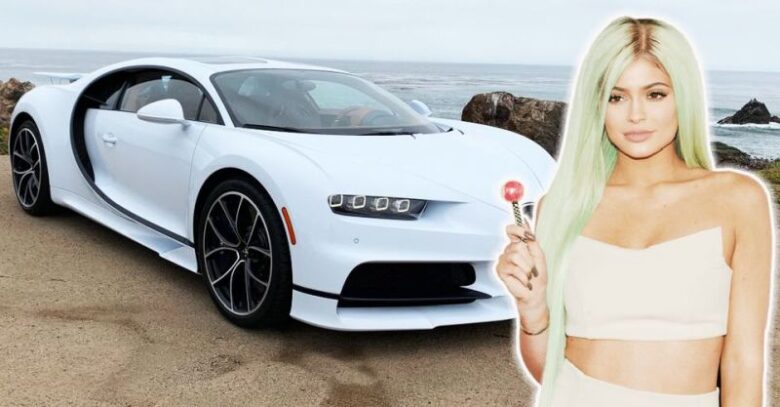 This orange beauty is something else. It’s cheap compared to what we have above, but its value still amounts up to $400,000 which isn’t pocket change too. 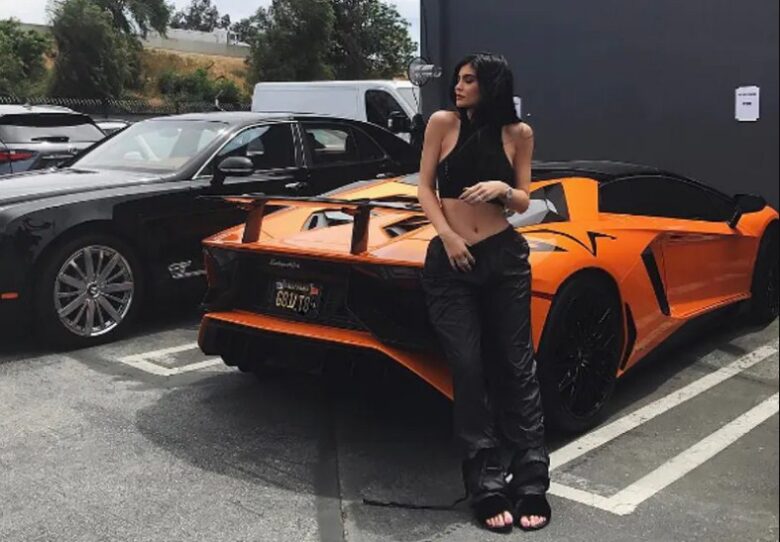 As we said, she needs to buy cars upon breaking up relationships. Before breaking up with her boyfriend Tyga, she received this vehicle from him, but it didn’t save their relationship. It looks like $200,000 for a car is not enough to satisfy Jenner.

But, when the breakup became imminent she still decided that Maybach wasn’t enough, so she took it upon herself to buy the super-valued Mercedes G-Wagon. A maroon one at that. 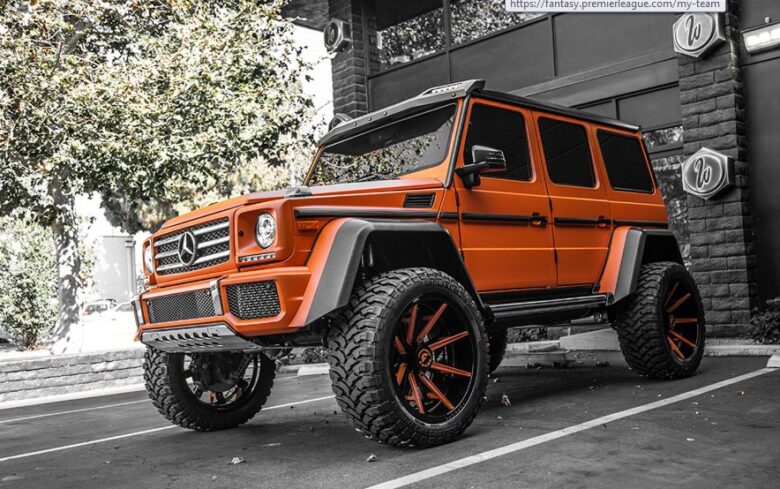 Like one G-Wagon wasn’t enough she also has the AMG version which is out of this world. The best part is that it’s painted orange. Strange color for a Mercedes SUV but it matches perfectly her Aventador. 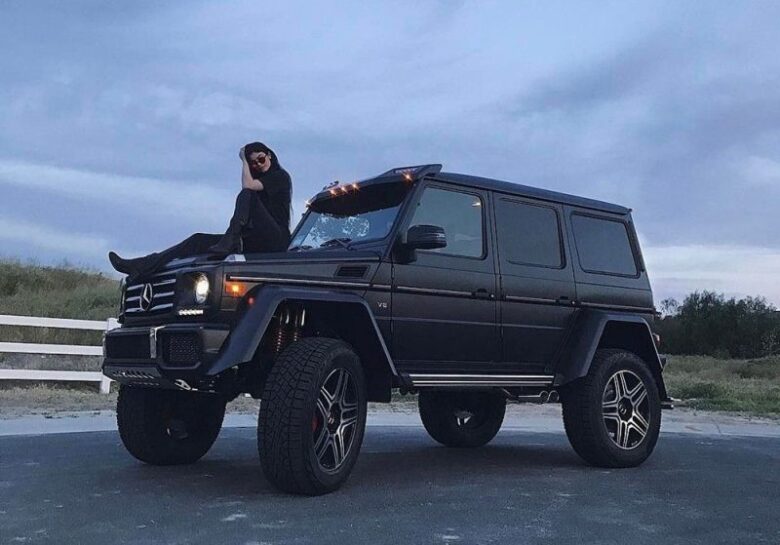 You can’t have a car collection without a Rolls. Her piece is colored in the ice-blue shade and it leaves people speechless. Of course, the color is custom-made, as Kylie loves it that way. 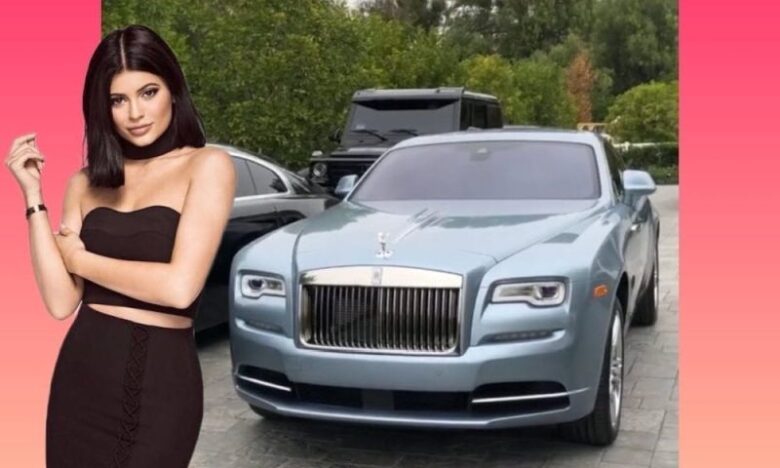 Can you guess how did she acquired this pone? Of course, it was a gift from a boyfriend. Travis Scott decided to up the game compared to Tyga so he cashed out $1.4 million to impress Jenner. He probably managed considering that this one is a collector’s item with only 210 available across the world. 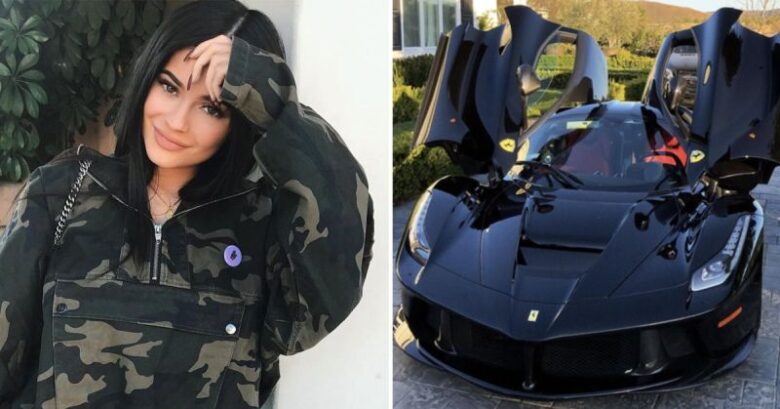 Another G-Wagon. This time it’s a black one, which is quite suitable in our opinion. This makes it three times for this lucky Benz model. 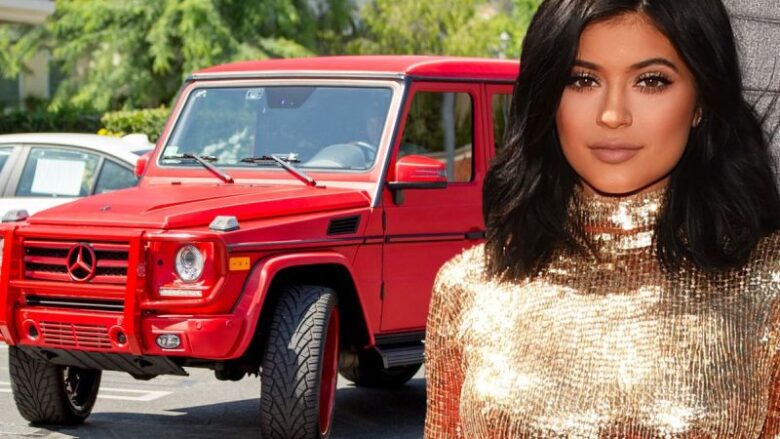 This time around it is a collector’s item of sort considering that it’s a vintage model. Travis Scott knows his cars, as this one is yet another present in his name. 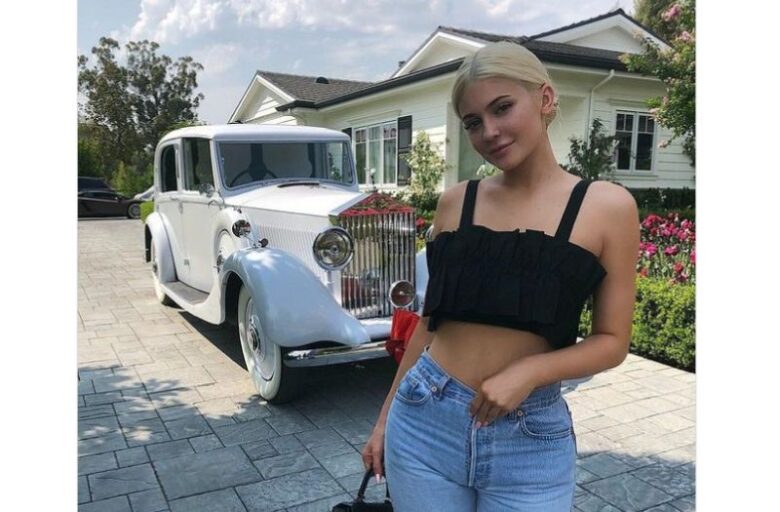 Most of us could do with only one car and Range Rover would do just fine. It made its way to Kylie’s collection, but it pales in comparison with other vehicles on this list. 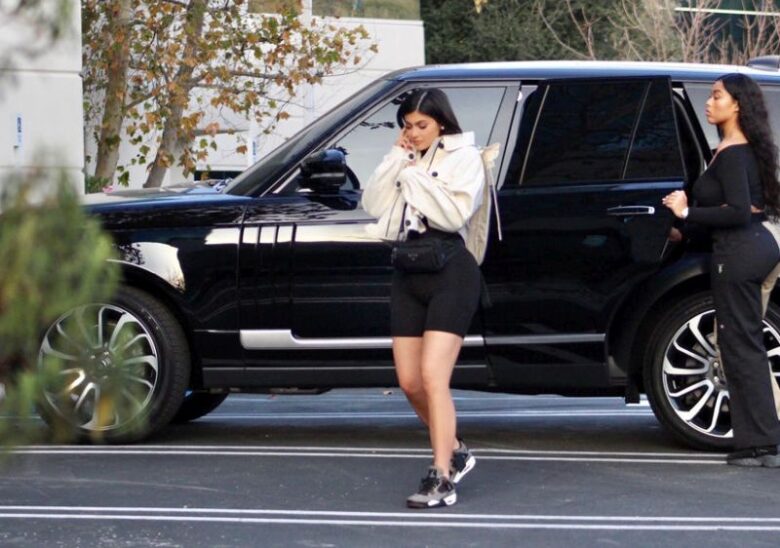 This is the last one, we promise. This makes it four. This one is a bit creamy and least attractive of the bunch but G nonetheless.

Most of us mortals can’t even afford one of these, but Kyle can do it twice over and still choose a crazy color such as this shade of dark gray-brown.

We just don’t have words to describe this. Her collection is out of this world. Neither of her sisters comes close in this regard.

Wraith just spices things a bit. This is a unique model from this company and very few individuals own one. The basic offering of this model starts at $300,000 and that only tells a part of the story.

She’s in love with Rolls Royce, and with the maroon color. We don’t have any other explanation. Are you counting? How much is her collection worth? We lost track, and this is not even the end of our list. 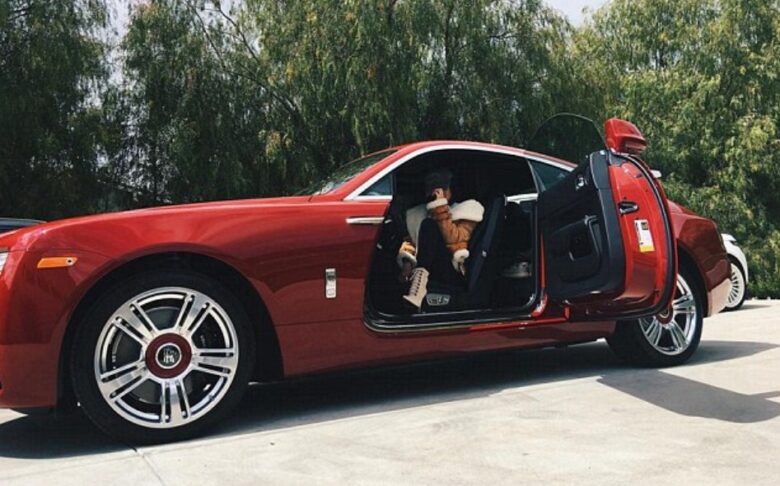 Kylie bought this piece back in 2016. As if the $280,000 price tag wasn’t enough she also decided to invest a bit into recoloring. 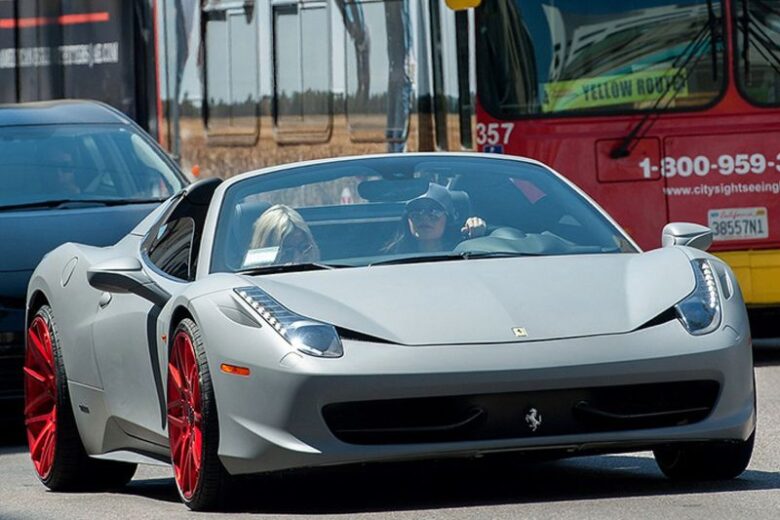 Another Ferrari. This gal knows her sports cars and it doesn’t get any better than Ferrari. She also painted over this one, as what was once white now is baby blue. 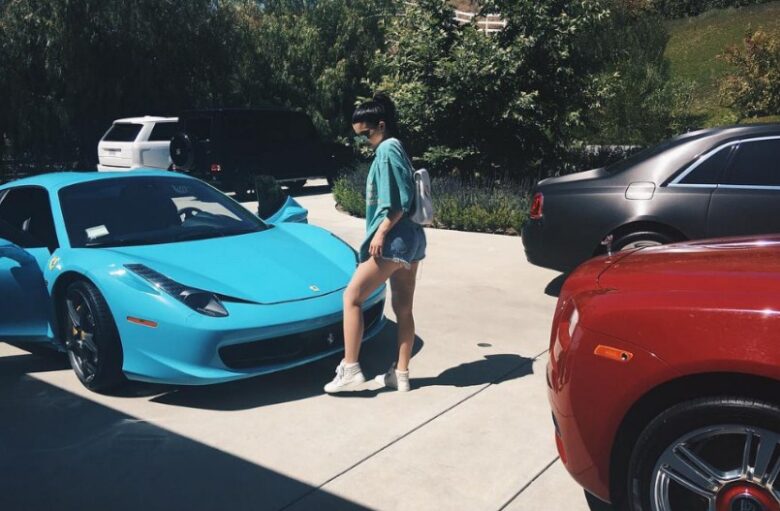 As we said, none of her cars comes in one model. So why have only one Rover when you have four G-Wagons?

If there’s a new luxury SUV model it looks like Jenner needs to have one. This is why she parted with $200,000 to get her hands on this red Urus. 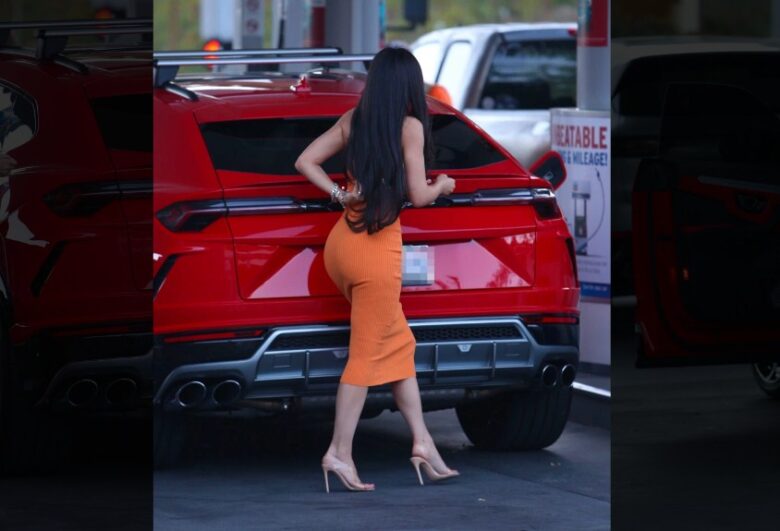 How many Rolls Royce’s does one need? Apparently, another one would be the right answer for Kylie Jenner. Well, that is if you have more than $300k to part with in one go. 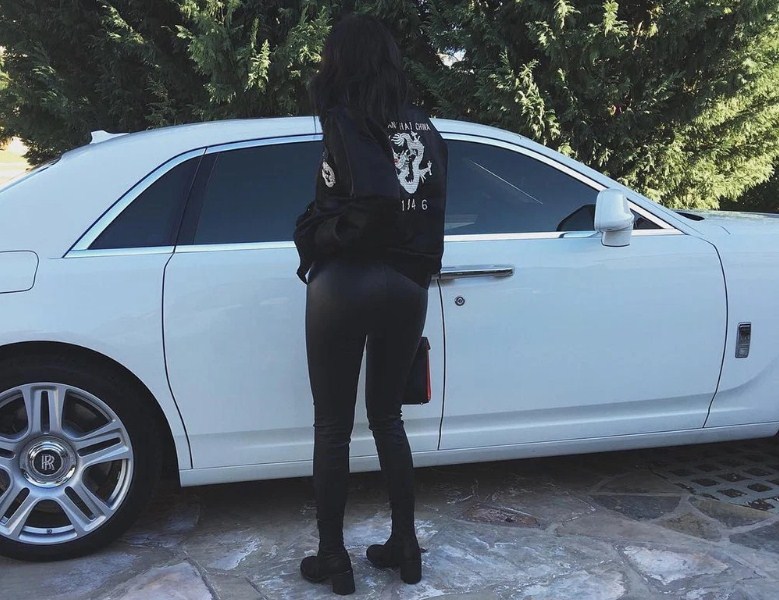 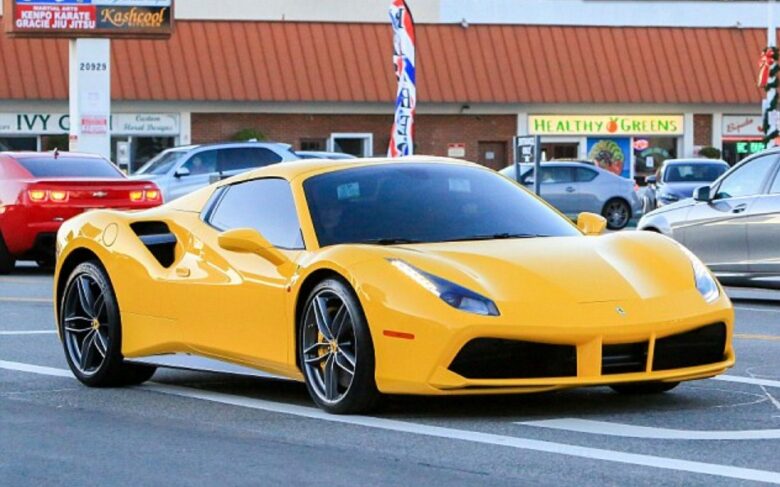 9 Reasons To Adopt A Dog From A Shelter