Top 10 Tourist Attractions in Egypt you Must Visit in 2022

The first association of Egypt are Pyramids, which is natural since the Pyramids in Giza are part of the Seven World Wonders. However, Egypt has much more to offer besides the Pyramids and Sphinx near Cairo. Apart from being a rich cultural and archaeological place, Egypt also has beautiful nature, laying on the Mediterranean Sea in the north, and the Red Sea on the East. 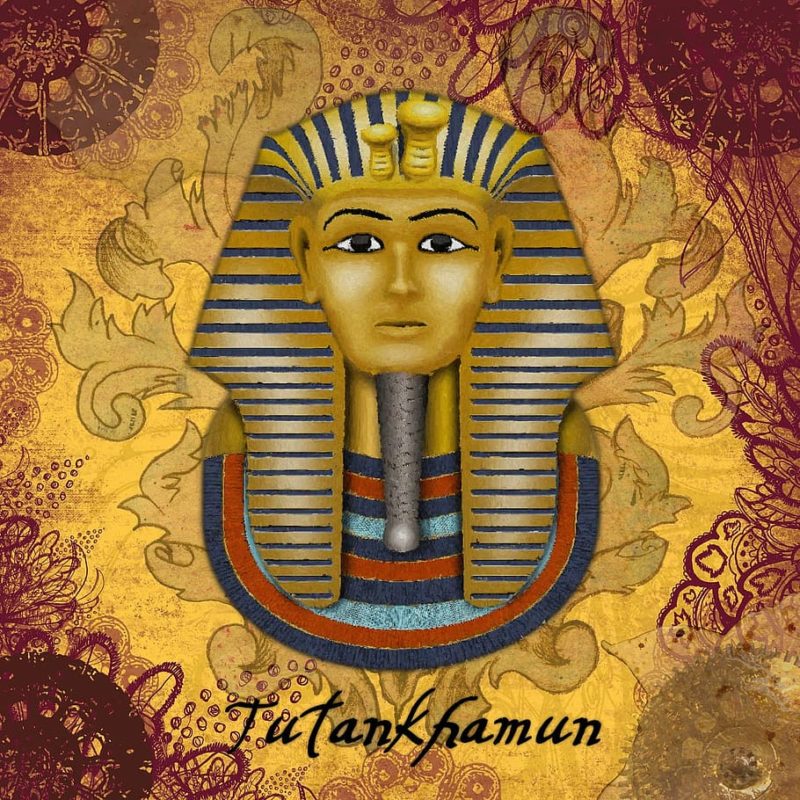 This country is a home ground of some of the oldest civilizations with some reports saying that the first people were living here more than 7,000 years ago. Also, ancient Egypt was ruled by Pharaohs, with Tutankhamun as the most popular one. The ancient Egyptian civilization left a big trace of other cultures in this part of the world.

If you ever considered visiting this country, you will surely have an amazing experience. Pyramids are widely known as the greatest attraction, but we are going to introduce you to many other places, and Egypt has so much to offer. In that matter, here are the best tourist attractions in Egypt that you must visit in 2022.

1. The River of Nile 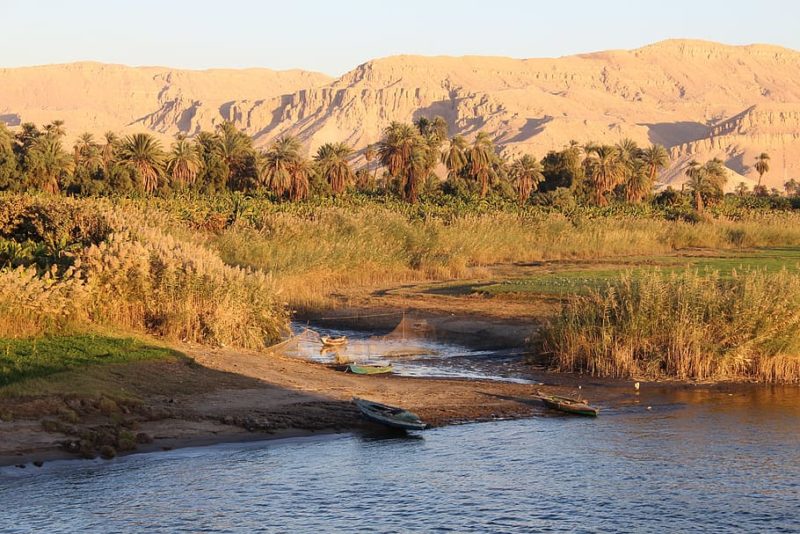 The Nile is the longest river in Africa, and one of the longest in the world with 6,600 kilometers. You can see how almost all the bigger cities are near this river since other parts of the country are part of the Sahara Desert. Going on a trip by following the Nile from the north to the south will give you the ability to see almost every popular place here. You can check the MemphisTours.co.uk, where you can find some of the best options for a cruise adventure on the Nile. 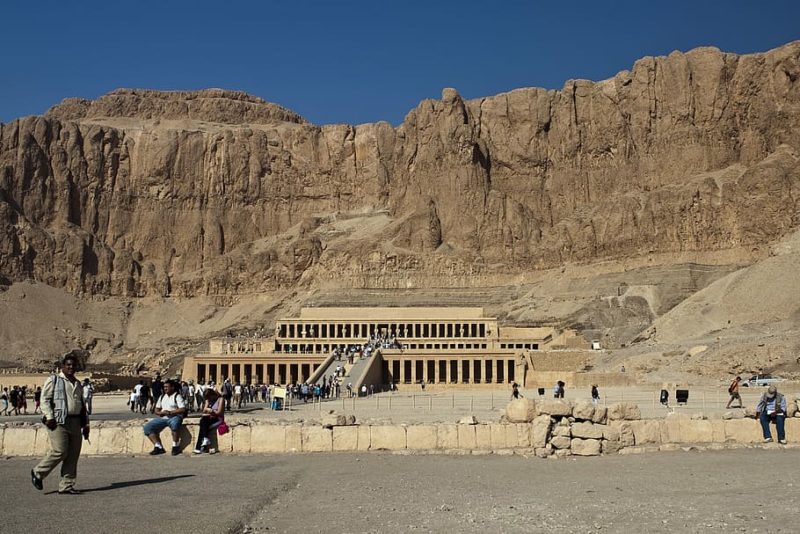 The ancient city in Luxor is the second most popular archaeological place in Egypt. In this site, there was a city of Thebes, which is the biggest open museum in the world. The most popular part of Luxor is the Valley of Kings, which represents the tombs of pharaohs, the Tutankhamun’s tomb was also found here. There are more than 60 tombs, but only a few of them are open to visitors. 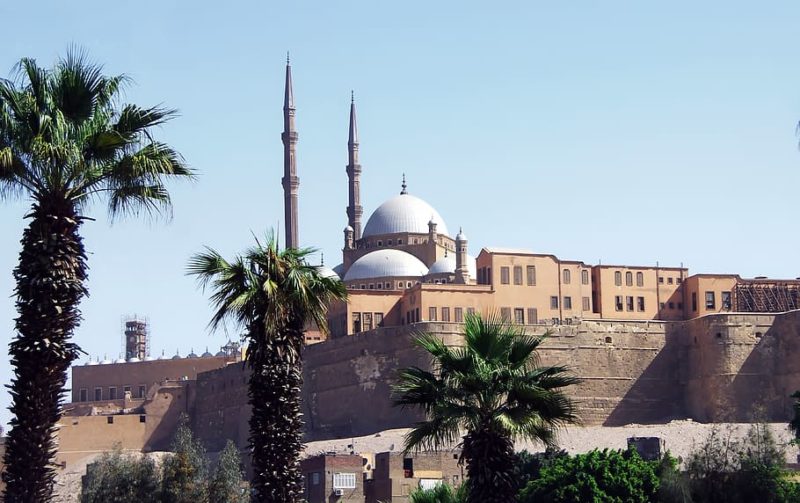 This monument is listed as the UNESCO World Heritage Site and was built by legendary Saladin, who was the ruler of Egypt during the Crusades. The location of this amazing citadel is in the center of Cairo. We highly recommend you to visit Al Gawhara Palace and Sulayman Pasha museums inside.  The entry fee is 5 dollars, and it is open every day between 9 AM and 4 PM. 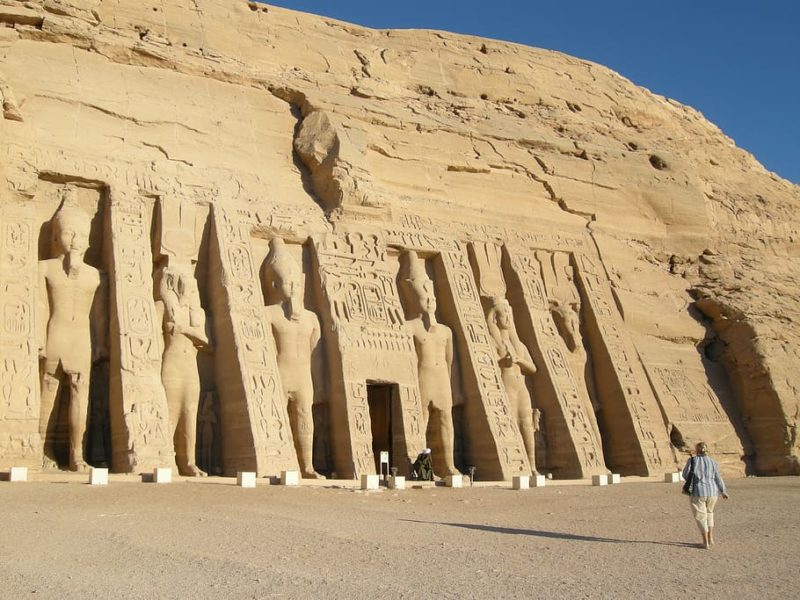 The Rock Temple of Abu Simbel is dedicated to Ramesses the Second and Queen Nefertari, and we can see their carved statues at the entrance. The location is near lake Nasser, and this whole site was moved here during the 60s, because of the rise in water levels of the lake. The entrance fee is around 8 dollars, and it is open between 5 AM and 6 PM. Also, we have to mention that the best period to visit this place is during fall time since the temperature in the desert can be unbearable during summer. 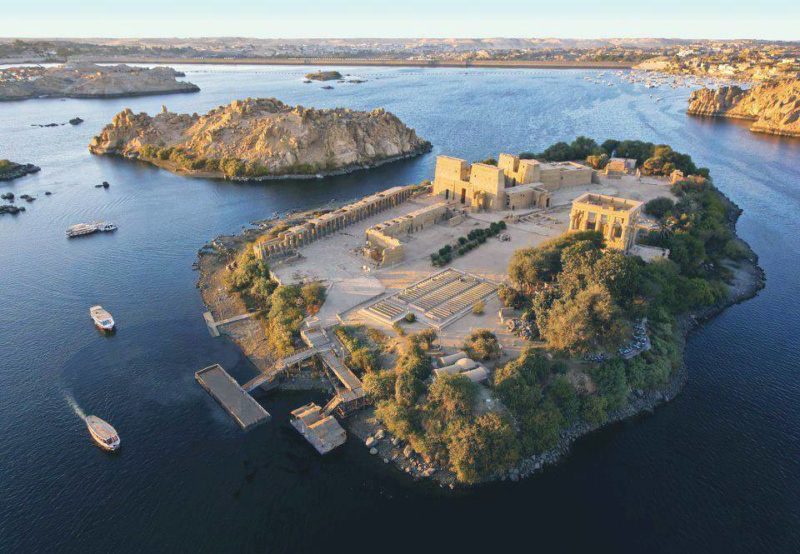 The southern parts of Egypt have also many attractive sites, like Aswan, which represents a place where the ancient people were storing stones for various structures on the north, and they were transporting materials over the Nile. This place looks incredible, like a huge house surrounded by Desert and Nile in the middle. Also, there are several islands with small cabins where you can stay for a night or two. 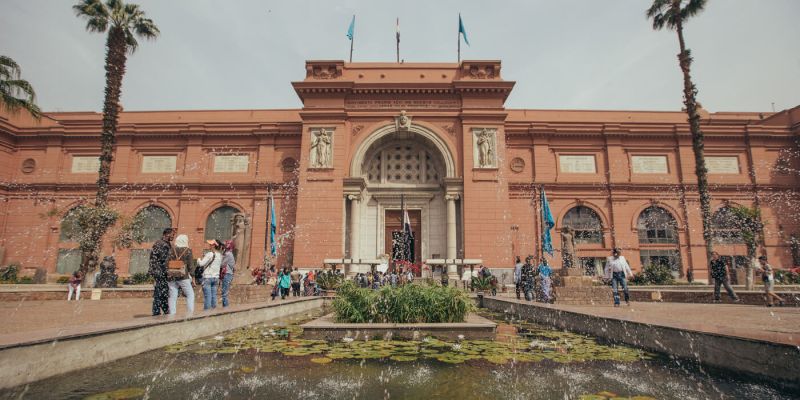 If you are interested to find out a little more about the rich culture of ancient Egypt, you should visit the National Museum in Cairo, where you can see many artifacts, books, papyruses, and many relics that are preserved here. While Pyramids and Luxor are incredible, in the museum, you will have a chance to observe the Egyptian culture in tiniest bits. It is open every day between 9 AM and 5 PM. 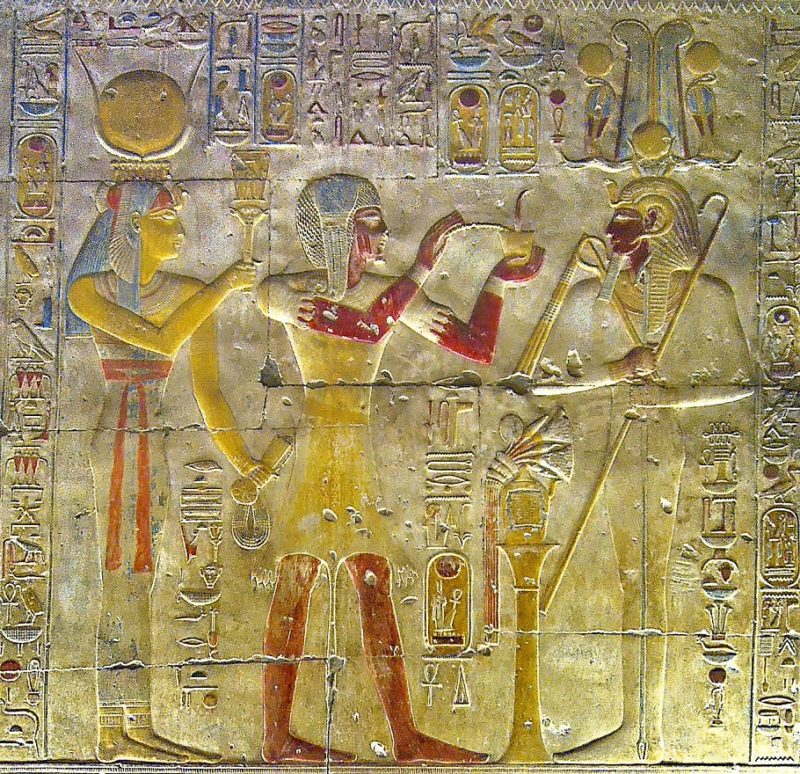 The city of Abydos is another open-air museum, and here you can see the Mother of Pots, which is a necropolis that represents a graveyard of first pharaohs. The name Mother of Pots is given to this site because archaeologists have found thousands of pots that people were using during the sacred ceremonies in ancient times. Each pot served as a way to leave a present during the burial. 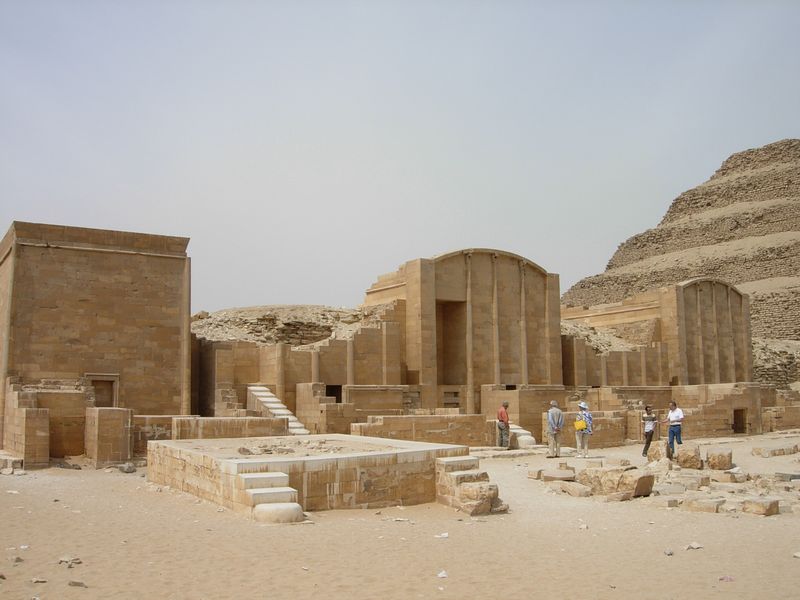 The Saqqara Necropolis is another monument in Egypt listed as the UNESCO World Heritage Site. It looks quite different from other more popular pyramids. However, what makes it special is the fact that this necropolis represents one of the oldest structures of the Egyptian civilization. The location of this site is near Cairo, and you can visit it between 9 AM and 6 PM. 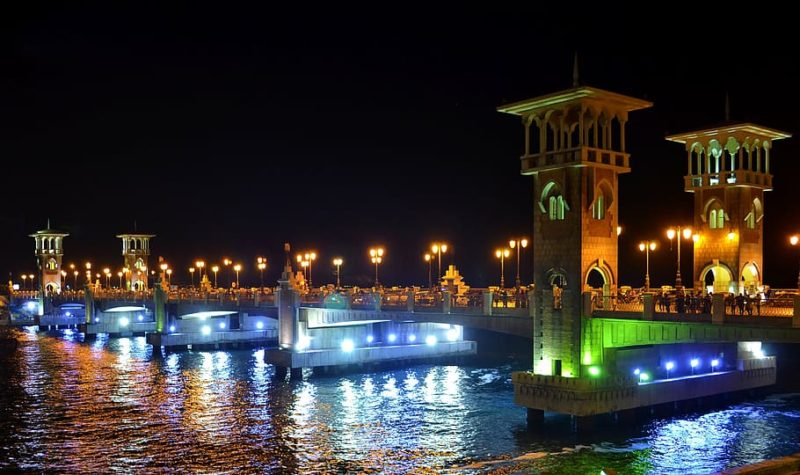 The city that was built by Alexander the Great, when he was a ruler of Egypt. It was sometimes known for its biggest library which was later burned down. Visiting Alexandria is a great way to get away from the Sahara and enjoy this beautiful city on the Mediterranean Sea. 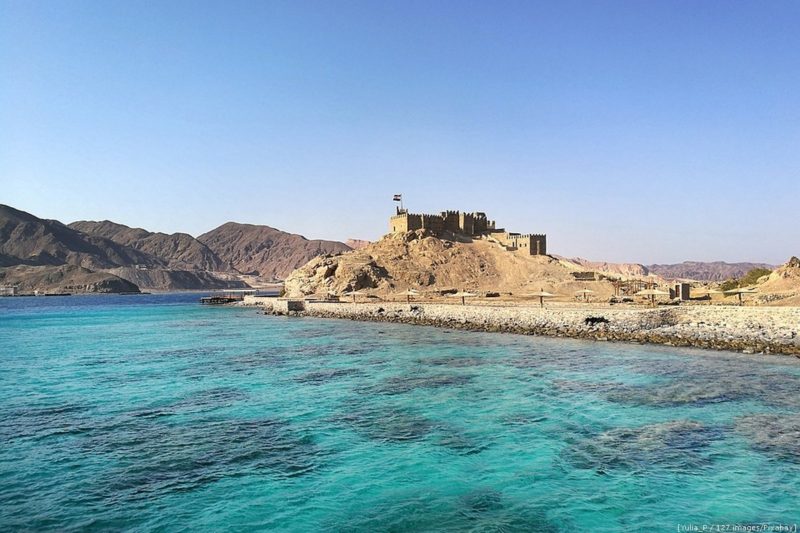 While Egypt has amazing cultural wealth, the main choice for most of the tourists is to visit those places as part of organized tours from their resorts on the Red Sea. The west side of Egypt lies on some of the most beautiful seas in the world, with fantastic beaches and crystal clear water. The most popular city on the Red Sea is Hurghada, and there are many hotels and wide options for everyone to have a great vacation.

The best period for visiting Hurgada or some other place on the sea is in the fall time, between September and November, and in spring. If you choose to go there over the summer, it would be risky to visit some cultural sites, since the temperature is over 100 degrees Fahrenheit on average. Also, we have to mention that Hurghada is a perfect place for both children and couples, since there are many entertaining activities for everyone.

6 Essential Benefits of Car Leasing in the UK in 2022