Home Food Popular Cakes In The Year You Were Born
Food

Popular Cakes In The Year You Were Born

You probably have your favorite birthday cake. However, have you ever wondered what was the most popular one at the time of your birth? Let us go down memory lane and check out the most eaten cakes over the years. The popularity of some lasted for entire decades, while others were in the spotlight for only a year or two. Each was, however, the most famous cake for a time.

This is a light, dairy-free cake reminiscent of Angel Food. It has a spongy texture and is made with eggs and fruit juice. Its history goes back to the ‘20s. The cake is the creation of a baker who was very secretive. His name was Harry Baker, and he sold this recipe to Betty Crocker in 1948. After this, the following marketing campaign propelled these cakes and cookies, changing the desert game in the 1950s. Orange and lemon chiffon cakes were the go-to dessert in many home cooks for years, as everyone was in love with them. 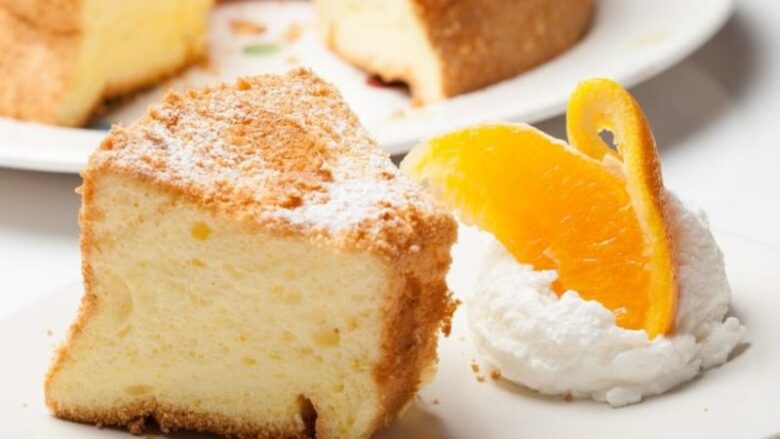 This cake is not actually German. It is actually named after Sam German, who is the creator of this chocolate dessert. It first appeared in 1852, however it only became widely popular in 1957. Sam German had nothing to do with this success. A baker from Texas sent the recipe to a Dallas newspaper, after which people adored it. The key ingredient of the recipe is German’s sweet baking chocolate. The sales of the cake rose by a staggering 73%. 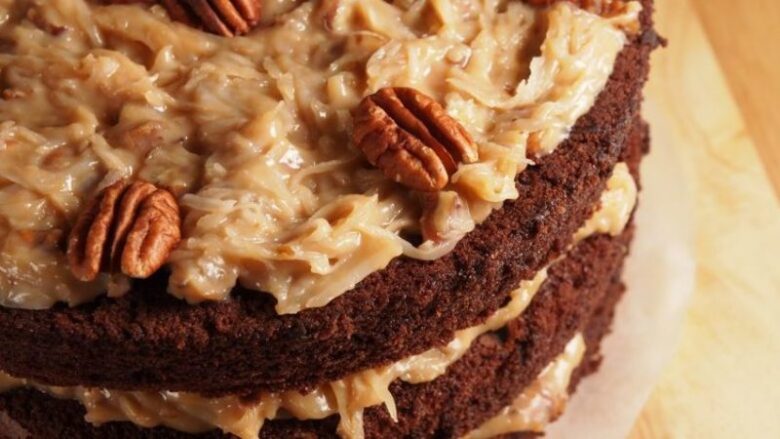 Putting carbonated beverages into cakes is definitely not a new idea. For decades, Chocolate cakes with cola have been popular in the south of the USA. The 1960s first brought the trend with the West Coast’s pink champagne cake. It actually has champagne inside of it and is one of the most wanted Los Angeles Times recipes. Their recipe says that ¾ of a cup should do it, however, people also use strawberry soda to make it less of an alcoholic beverage. The layers are separated by coconut or Bavarian cream and covered in fondant. It is a sweet and light cake that sounds delicious. 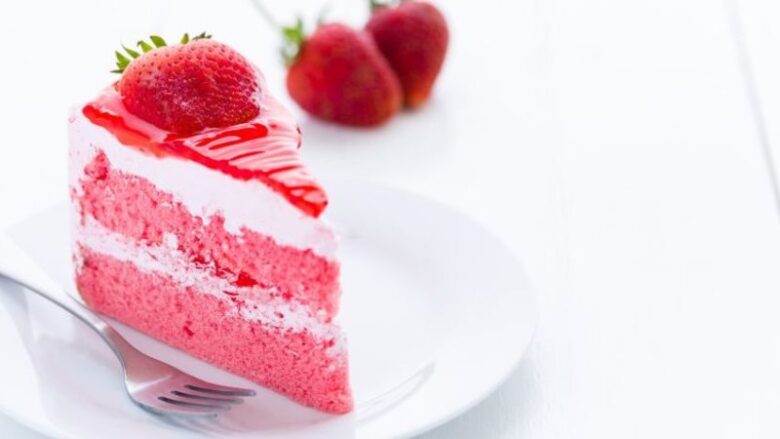 America was crazy about Tunnel of Fudge cakes in 1966. Its story started during World War II when a soldier who returned home started the bakeware company, Nordic Ware. A Zionist group of women wanted him to make a pan, which he called Bundt. Before almost being discontinued, in 1966 Houston’s Ella Helfrich made the Pillsbury Bake-Off cake inside of it. Her cake chocolate-nut and Bundt-shaped cake with a fudgy middle scored the second place. It was so popular, however, that Nordic Ware produced 30,000 Bundt every day to keep up with the hugely increased demand. To this day, is the most popular recipe originating in the Pillsbury’s competition. 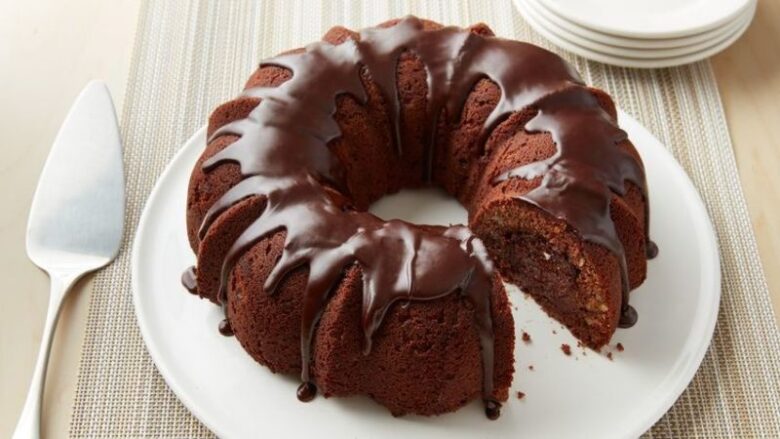 Carrot desserts have been present since the Middle Ages. Carrot cake got a huge popularity increase during the decade shift between the 1960s and the1970s. There were several reasons for this, for example, the cream cheese frosting we adore today only became popular in the late 1960s. It started to take over as the top choice for carrot cake topping, and the frosting makes the cake really. Health consciousness also rose, so carrot cake’s popularity surged. It ruled over other desserts for five years. 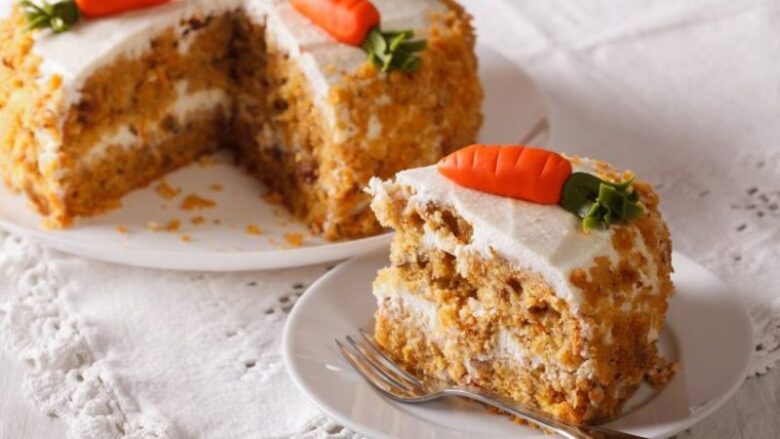 When it appeared in the 1970s, the Sock-it-to-me cake was a coffee cake of sorts and looked rather boring at first glance from the outside. Inside, however, there is a layer of brown sugar, cinnamon, and pecan filling. The whole cake usually has a glaze topping, and everyone was making it at the time. Part of its fame is thanks to a pop culture reference. The reference in question is to one of the biggest shows on TV back then, Laugh-In. Another reason the cake was so loved was the taste of course, as it was utterly delicious. 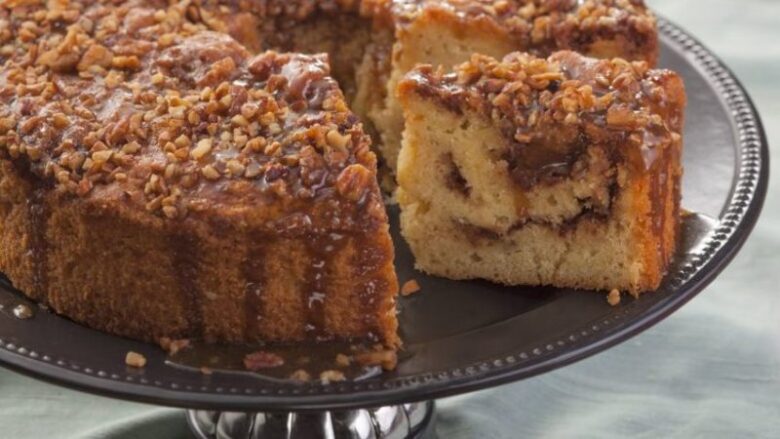 Big and important events tend to mark time periods, and Watergate was one of the biggest. The incident was so big in fact that a dessert was made in its name. It was a white cake, covered in a bright green layer made out of club soda and pistachio Jell-O. If you think it sounds strange and unusual, it really was. It was also insanely popular during Nixon’s resignation. The cake was hiding a big amount of nuts under the heavy icing cover, and it was great, which cannot be said about the thing whose name is borrowed. 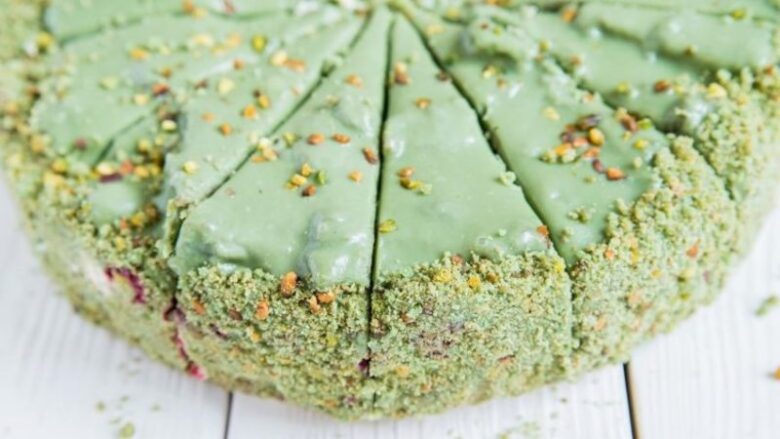 Jell-O’s importance in the 1970s simply cannot be explained. The idea behind them is awesome, and the number of combinations is endless when it comes to dessert. Abbie Claire from Chicago Now made the first Jell-O poke cake, a lemon cake with lime Jell-O. A cookbook writer Jeremy Jackson told of his grandmother and her favorite recipe, a white or yellow cake with strawberry Jell-O. Combining cake and Jell-O was revolutionary, and it only takes you the effort of poking holes in the cake and filling it with Jell-O. That is everything. The Jell-O combines with the cake, and the combo is a marvel for your taste buds. 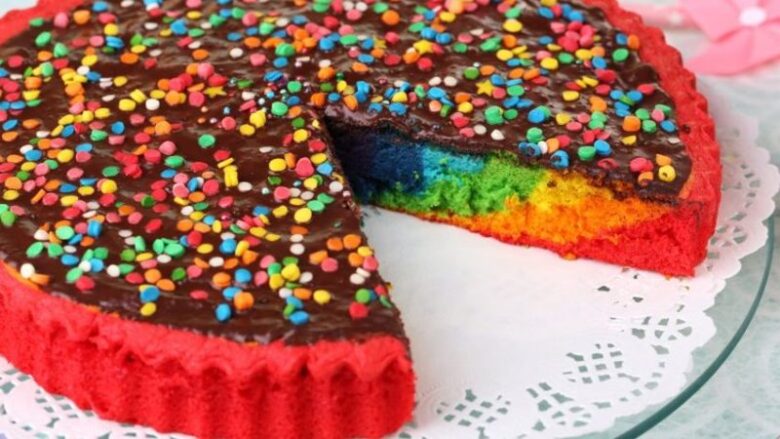 This is a pretty light cake with banana and pineapple filling. Sounds tasty right from the start. It becomes widely popular thanks to the February 1978 issue of Southern Living, when a recipe by Mrs. LH Wiggins was published. For decades after this, it remained one of the most requested and loved recipes. Why was it so popular? Mainly for the fact that it was an original idea with an appealing name. Sweet and attractive, enough to attract a hummingbird. Earlier versions barred the name Doctor Bird Cake introduced by a Jamaican airline. The Hummingbird cake brought a tropical feeling to many households. 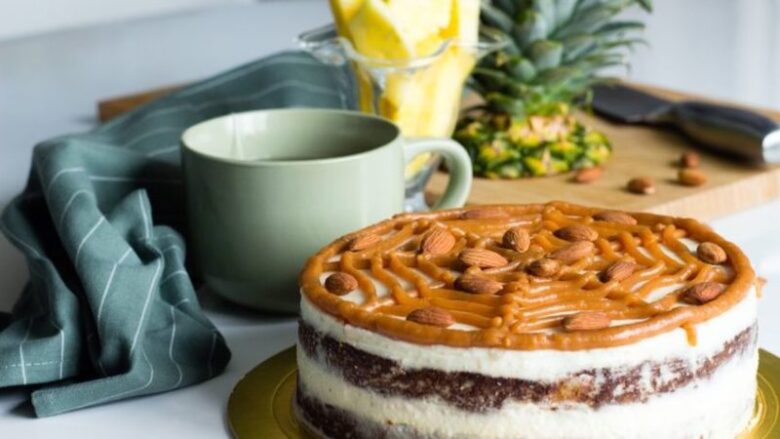 Tiramisu was so famous and enjoyed by 1985 that The New York Times wondered why. The spongy, chocolatey, espresso dusted cake appeared in American restaurants the 1980s, and the customers absolutely loved it. Before this came to be, it was more of a niche dessert made by grandmothers, with recipes passed down through generations. The fame of tiramisu is not completely clear, but by 1987 hundreds of different variations saw the light of day. They were featured cafes, bakeries, and restaurants in all areas of the country. Everyone tried to make their own version, but the essentials remained the same. 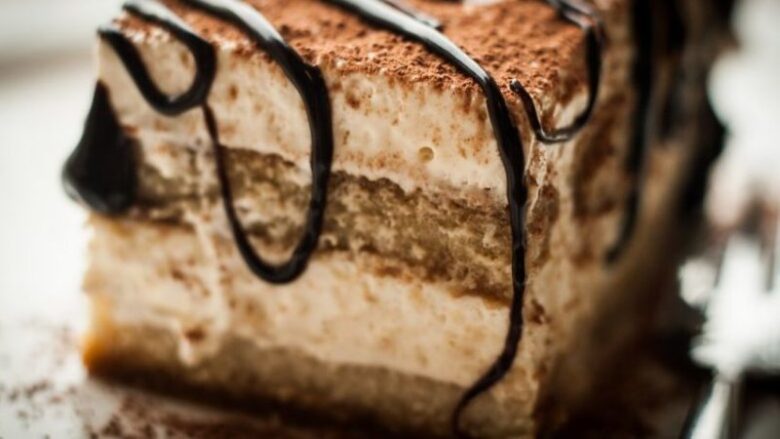 As we mentioned, the Pillsbury Bake-Off introduced the Bundt pan in 1966 to the public. In 1988 however, another star came out of the competition. The chocolate praline layer cake much harder to make than it actually is. It is layered with sugary pecans and whipped cream. This is a clear proof of how boxed cake mix does not at all have to be boring, while layered do not have to be a difficult dessert to prepare. It was a massive hit that year. 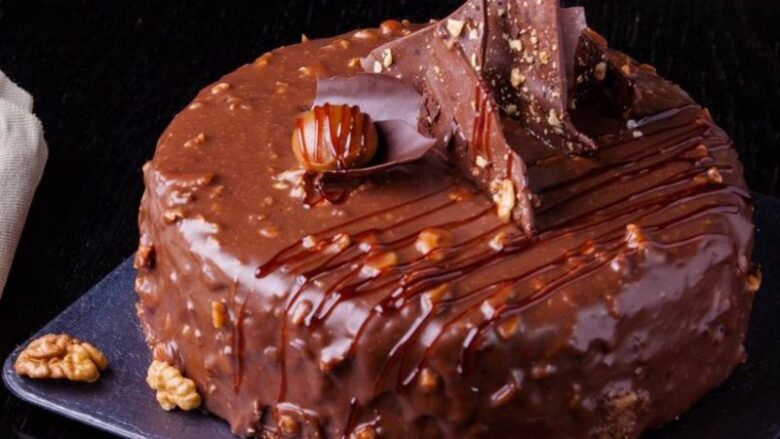 The craze for Funfetti began in 1989 when Pillsbury, again, did something very revolutionary. They changed the game by putting rainbow-colored sprinkles in the cake mix itself, and not just on top. A rather simple idea, we agree. According to The New York Times however, this simple trick started the craziness and obsession for Funfetti that marked the ‘90s. Birthday cakes were the ones that “suffered” the most. Although many rainbow deserts came later, Funfetti is the original and trademarked Pillsbury product. The rainbow theme is currently making a comeback, with chefs and bakers remembering what they loved while young and introducing it in their own restaurants and bakeries! 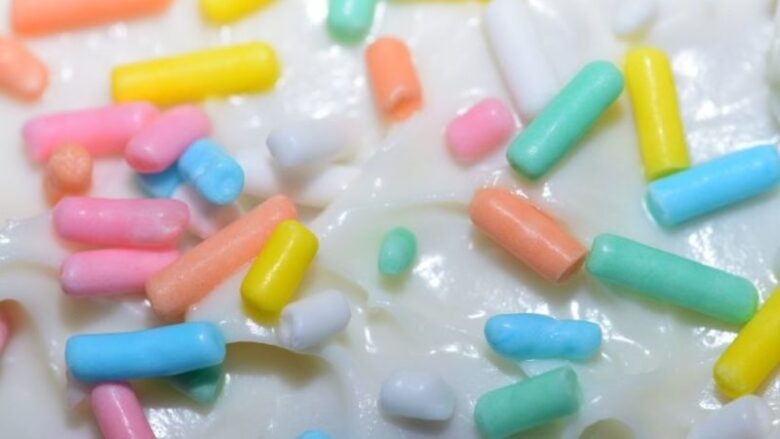 Chocolate lava cake immensely popular and is among the top desserts in many restaurants. This dessert was once the coolest thing you could order after your main course. It looks special, filled with the signature runny chocolate. A debate could take place on the inventor of this cake. Nevertheless, it was ordered all over for years at some of the hottest restaurants in the early 1990s. It first appeared on the East Coast and a pastry chef Sherry Yard introduced it to the west. She described it once as “the viral dessert of the 90s”, which is very accurate. The decline of the desert started when almost every restaurant developed its own version. In this case, too much of the good thing ended up being bad. 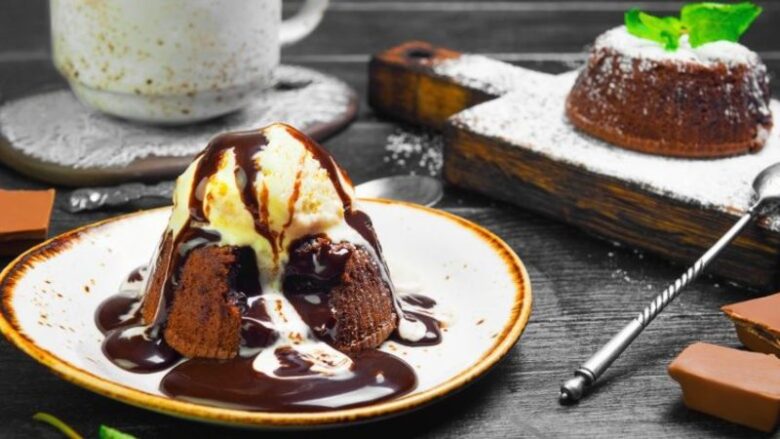 Ice cream cakes ruled in 1995, as you could not really turn on the TV and not see a commercial for Breyer’s Viennetta. It was once called “the most distinguished ice cream cake of the 90s”. If you wanted to be classy, this was the cake to serve. It was mass-produced and you could buy it at any grocery store and then serve off a silver platter, according to the ads. Unfortunately, it is not available in the USA anymore. Some parts of Europe still offer it, which is a good thing to keep in mind when traveling. 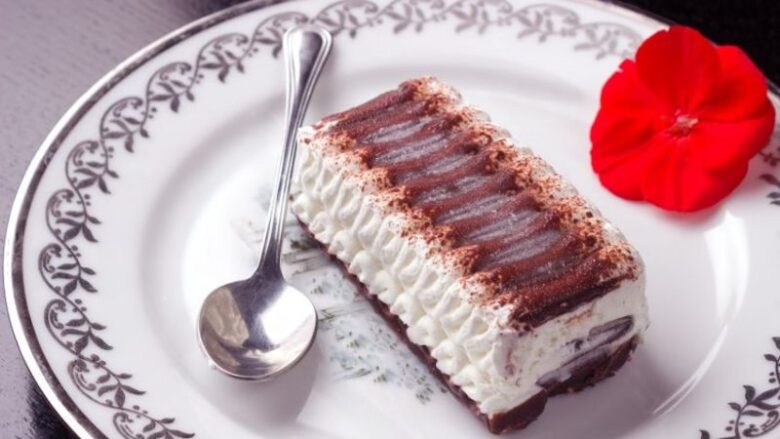 Red velvet cake dates all the way back to the 19th century according to Kim Severson, a food historian. Respectable bakers looked down on it at it was a marketing tactic to sell food dyes to people. In 1989, everything started to change when it appeared in Steel Magnolias. With the opening of New York City’s Magnolia Bakery in 1996, the sales and the popularity of this dessert soared. It became a favorite in bakeries across the states and still has its fans today, as you are able to get things like red velvet Oreos. 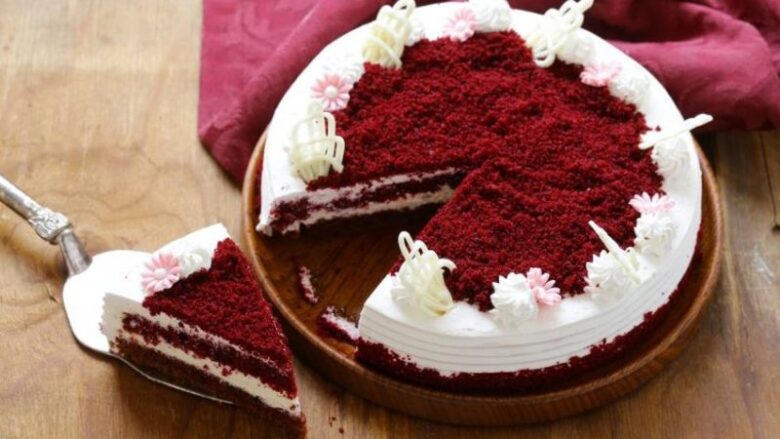 2000: Anything in cupcake form

Although cupcakes have been here for a long time, the craziness started in the year 2000. Magnolia Bakery is mostly to blame here because they were featured on an episode of the ultra-popular TV show Sex and the City. After this, people went nuts for them. New Yorkers were hit the hardest, as it is difficult to explain how crazy they would go for cupcakes. Emma Forrest wrote a story on the impact of Sex and the City, Magnolia’s Bakery and the cupcakes had on the city. Cupcakes became immensely trendy. Other bakeries followed and desserts have not been the same ever since. 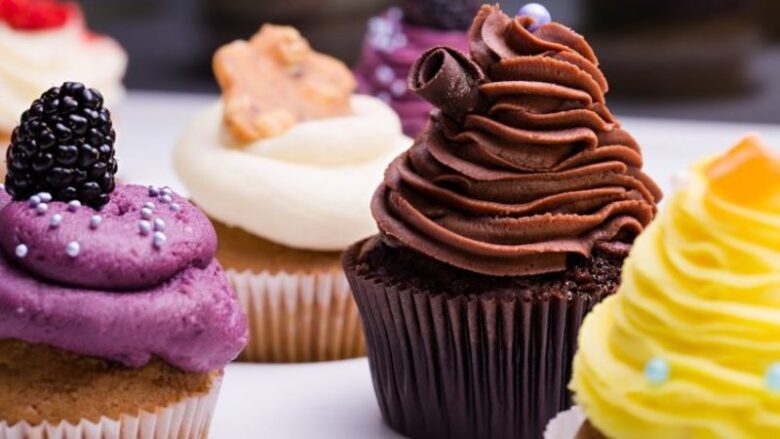 It is hard to pinpoint the exact moment when bacon became so big in the culinary world. Experts generally agree that it all began in 2001 when bacon sales increased by 25% across the board. Recipes like maple bacon cakes, bourbon bacon cakes, bacon and blueberry cakes, and brown sugar and bacon combinations appeared and were adored far and wide. Even cakes and cupcakes accepted the trend. Bacon was the king in those years. Today, although still around, it is not nearly as popular. 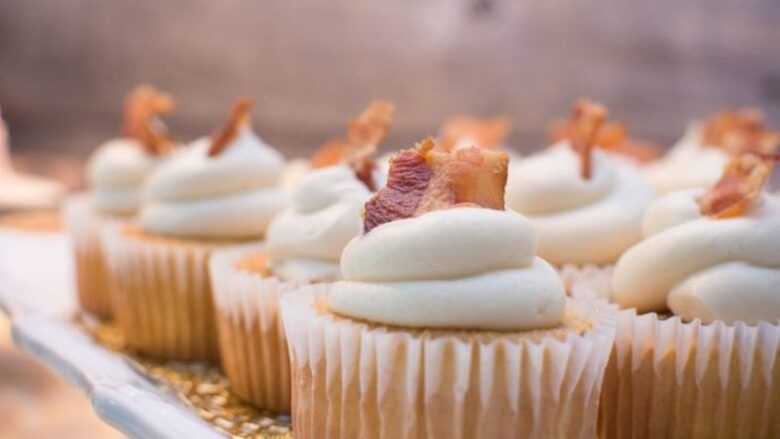 Social media is about trends. Cakes were replaced by cupcakes, which suffered the same fate in 2008 when Bakerella created cake pops. CNBC dubbed them the “cupcake killer,” which is true in a way, as they did the same to them that they had done to cakes several years prior. A blogger by the name of Angie Dudley first made them. Babycakes was the top gift during the 2008 holiday season, and Dudley became a best-selling author for New York Times thanks to her book Cake Pops: Tips, Tricks, and Recipes for More than 40 Irresistible Mini Treats. 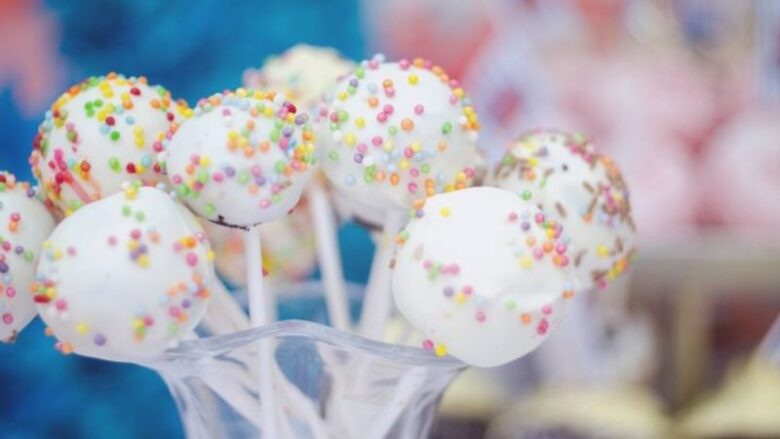 25 Healthy Christmas Recipes That You Must Try Out