Home Games Minecraft VS Roblox Which is Better
GamesTips

There are way too many different computer games in today’s modern world.

Not that they compete with each other, but each strives to get as many fans and gamers as possible. Therefore, people often have questions about what to play, which game is better, and how they differ from each other.

It is especially true for games that have different game principles and devices. But at the same time, graphics are similar at first glance. Therefore, it is worth putting all the dots on the “e” and deciding which is better – Roblox or Minecraft? 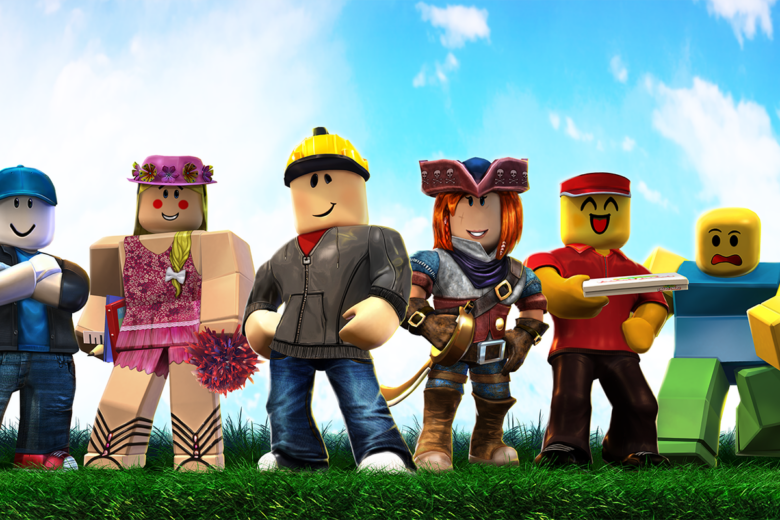 Roblox is an online multiplayer game. Invented in 1997, brought to life in 2004. American developers Erik Cassel, John Shedletsky, and Matt Dusek, led by entrepreneur and developer David Baszucki, worked on its creation. Too faceless definition. Millions of people worldwide play this game because it is, by and large, a platform for creating games.

With the help of a unique editor, even the most ordinary person can feel like a real game developer – the possibilities are limited only by imagination. A person can come up with anything: landscape, plot, genre, heroes. Interestingly, almost all game worlds were not invented by developers; that is, the player can play in the universe that was created by another person. 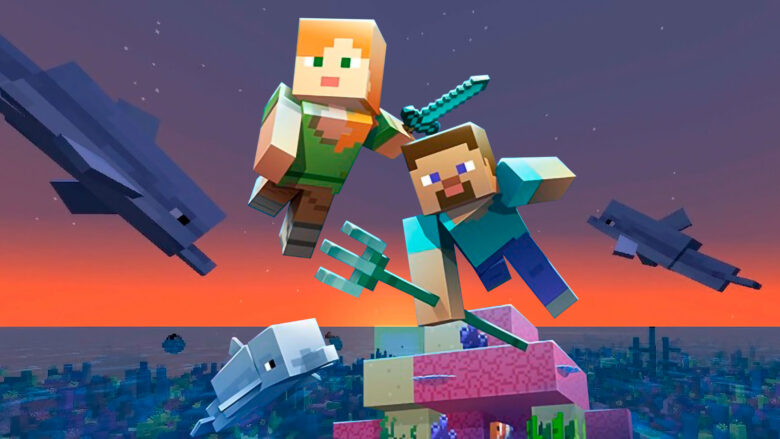 Minecraft is a linear computer game created by an independent team of developers without any financial investment. It was released in 2009 by Swedish programmer Markus Persson.

The essence of the game is as follows: when the player starts the program, a random endless game universe is created, in which the game character finds himself, and he must survive in it.

Moreover, the universe consists of cubes that add up to objects for the game. The characters can extract various resources to build houses, dig mines, tame animals and protect themselves from different dangerous creatures that inhabit the world around them.

It also gives you freedom to create lots of different things. If you want to get more ideas of what to build in Minecraft you can visit this site.

The game has three modes: survival, where the player is in danger at every turn and needs to get food, the safe mode, where all dangerous mobs are absent, but you need to get different resources yourself.

The Creative Mode, in it you can fantasize since there is no need to search resources – they are in a special menu. The player can also choose an online mode in which he will have to defend his home from other players.

How games are similar 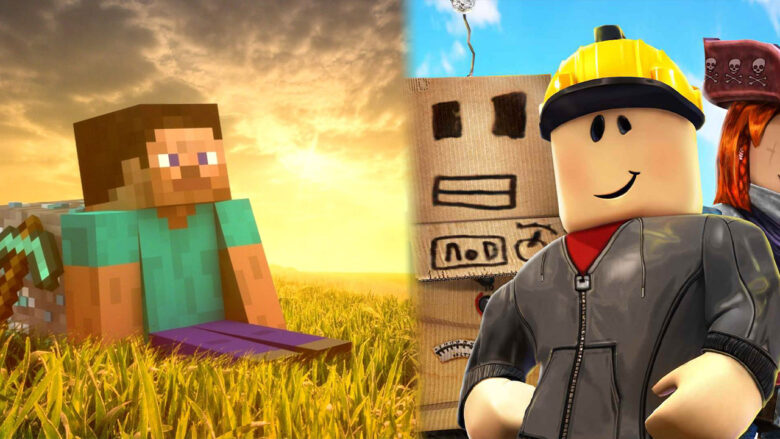 The games are pretty different, but still, they have some similarities:

First, the graphics have certain similarities. Of course, if you are an experienced gamer, you will grasp the subtle nuances and say that you do not see any similarities.

But for the average person, they are really similar. The three-dimensional world with square men and square objects.

Enough extensive worlds. Large cards where the player can fully show their imagination and ingenuity.

Online gameplay. True Roblox is multiplayer by default, and Minecraft allows the player to choose how he wants to play: alone or with friends.

But this is where the similarities end. They are too different to look for any common properties in them. 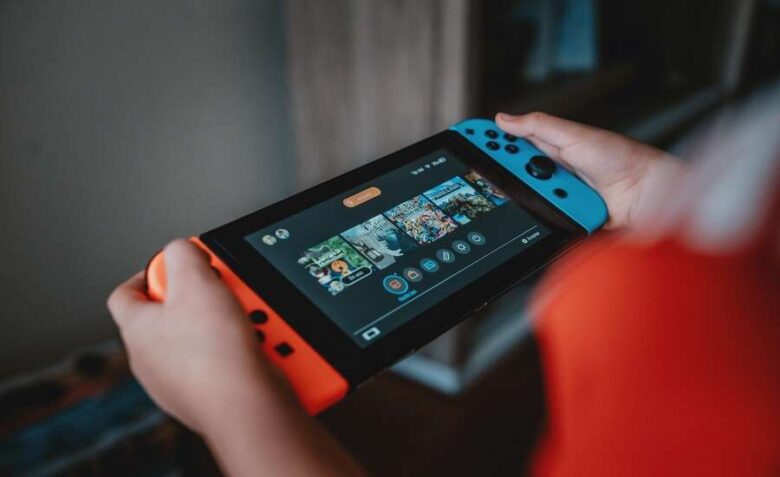 But they have enough differences. Still, games with different purposes were originally conceived, so the output turned out to be very different products that it is difficult to see similarities in them:

The ability to choose the world yourself is in Roblox. To select a specific map in Minecraft, you will have to download skins.

The plot. There is only one scenario in Minecraft – survival. You will not find any specific plots in it. But, the Roblox, as mentioned above, assumes a huge number of worlds in which players can create rules themselves, come up with heroes, and even the genre of the game.

The principle of the game. I will not go into the technical features of the organization of the game, but initially, Minecraft is a computer game that was not designed to be played online, by and large, it is an ordinary sandbox.

But the Roblox was conceived as a multiplayer platform for creating games that players can share.

Minecraft is an indie game; the developers made it on their own, which cannot be said about the Roblox game. Roblox was created by a group of professionals and received good financial support.

Graphics. Although it has a lot of similarities, there are also many differences. For example, for Minecraft, you can download textures, but not for Roblox.

That is, the visuals of Minecraft can be improved. But the Roblox does not imply such an opportunity.

In Roblox, you can create worlds yourself and write plots, choose characters and come up with their appearance. In general, do whatever you have enough imagination for.

Minecraft does not have a platform for creating plots. Yes, you can invent worlds there. But there are no opportunities for the same endless flight of fantasy as in the Roblox in Minecraft.

So, Which is better? 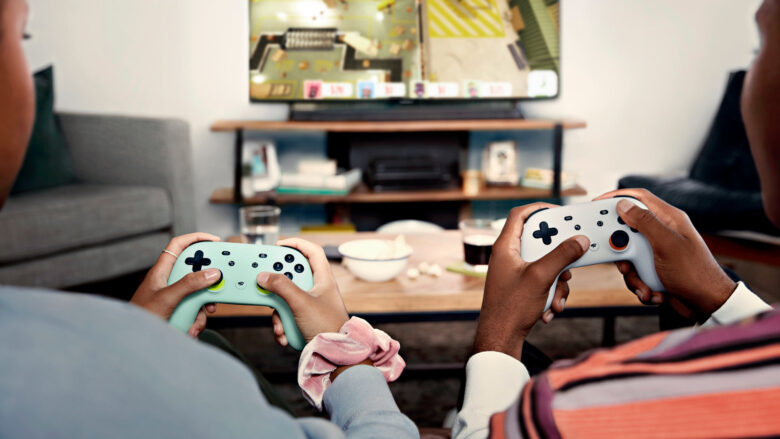 The question is, which is better, as always, philosophical. That Minecraft that Roblox has many fans all over the world.

As always, the choice is influenced, first of all, by the tastes of the player himself. Roblox will appeal to those users who like to invent something on their own, in which the spirit of the developers lives. And they have always dreamed of trying themselves in such a role.

Also suitable for people who like to play in different genres, because this game allows you to try new roles constantly.

Minecraft will appeal to those in whom the spirit of adventure is alive, to those who, in principle, love survival games and all kinds of sandboxes.

On, as well as for those who like to build houses in the Sims, because there are many opportunities to show yourself as an architect in this game.