Cushion cuts are not a new member in the ever-expanding diamond family. They go a long way back. The cushion is a relatively old cut, and is in fact, one of the oldest stone cutting styles known to us. As of today, it is one of the most popular shapes.

Flipping through the Pages of History 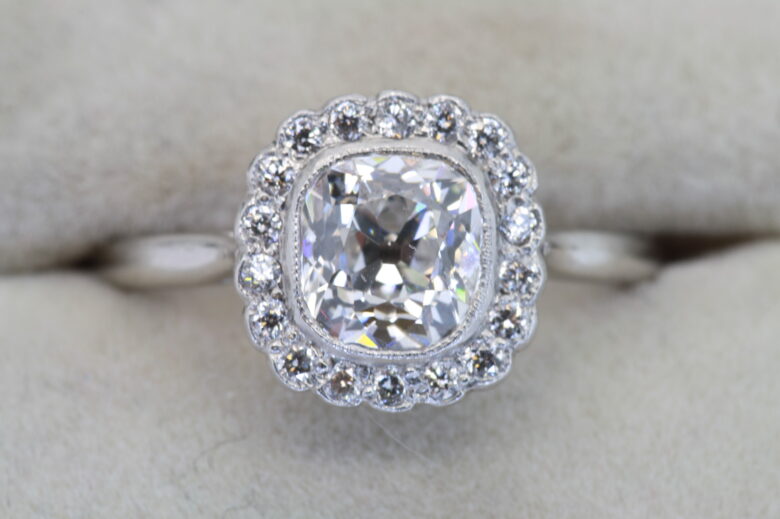 The story of these gems is intertwined with the old mine cuts. The gem as we know.

The old mine cut was the most widely seen shape. The name of the old mine cut had a curious origin. It was borrowed from the Brazilian mines which at the time were called old mines until those in South Africa were discovered and the title was passed on.

Old mine was at the top for over two centuries and that’s one of the strengths of its conservative style of cutting. The old mine featured a signature square contour with rounded corners and a high top. It bore a significantly small table and an especially deep pavilion. Another defining feature of the old mine was its big culet. So, how did the old mine come to bear such a striking shape? It’s the cutters ambition of wasting little and making the most use of the rough. This shape allowed them to retain the most weight and that in the process saved them significant amounts of time and money. It was the most accommodating shape at the time, where cutting limitations were concerned.

However, today the standards have changed for the better. The modern stones have different crowns and pavilions as well light patterns. Today’s shapes, the cushion included, have different faceting compared to the older ones.

These shapes as we know them have the similar square-rectangular shape of the old mind. It features the same curved ends. This shape has about 4 to 8 main facets, all kite shaped fitted between the girdle in the middle and the culet at the end. Some extra number of facets are included in the geometry, and when that is done, it’s called the “modified cushion cut brilliant” 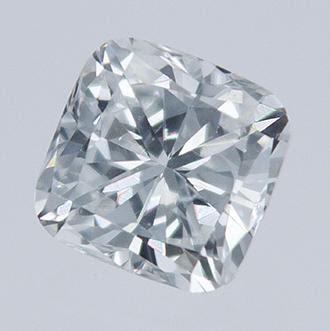 They vary in price, based on the carat, color, cut and clarity. The cut is graded from poor to ideal, poor being the lowest grade and ideal being the most premium. In between are Fair, Good, Good to Very Good and Very Good. If you can’t afford the Ideal, go for the second best.

Cushion cuts appear in all clarity grades ranging from Included 3 to Flawless. Although these diamonds appear in all colors, the most popular ones in this shape are yellow, blue, brown and chocolate.

Some Popular Cushion Cuts in the History 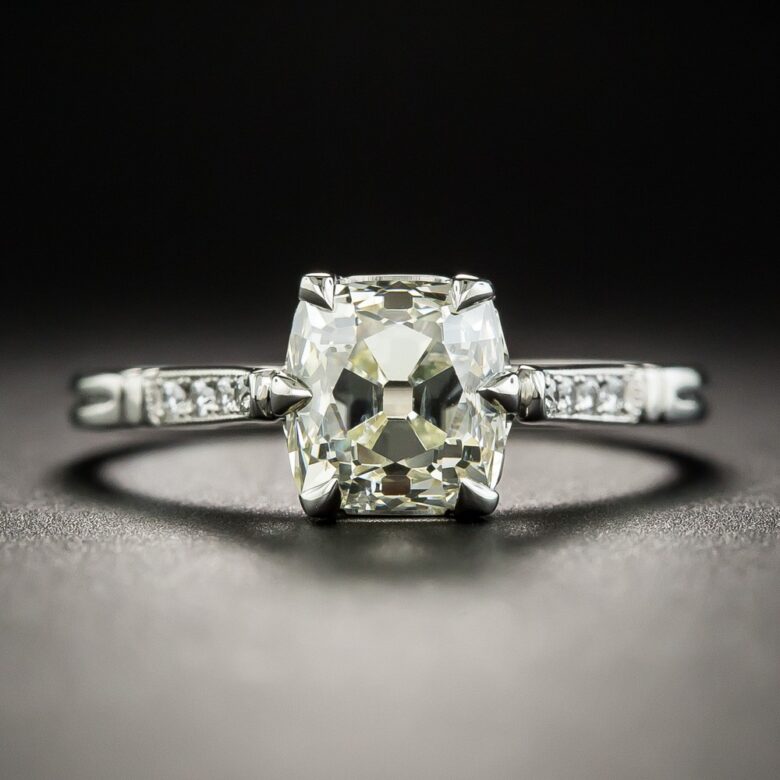 As mentioned before, the cushion is a pretty old cut and its popularity through history has been pretty steep. Through the years, we have seen quite a few sterling specimens of cushion cut diamonds.

The Napoleon Diamond Necklace is one of those iconic pieces. The necklace, a conversation piece features no less than 234 stones which together weigh about 263 carats. The biggest highlights of the necklace are the old mine cut dangling from the main band which features an assortment of shapes. The necklace was called the Napoleon necklace because it was a gift from Napoleon Bonaparte to his wife. It was in the personal collection of the Habsburg family for many years. In the year of 1948, it was finally sold out. The necklace resurfaced many years later when it came into the possession of the celebrity jeweler from New York, Harry Winston. Winston sold it to another private corrector in 1960, who donated the Napoleon Necklace to the Smithsonian’s two years later where it’s now on display.

Another specimen that raised eyebrows in recent times was the internally flawless Archduke Joseph. The stone was named after its former owner Archduke Joseph August who was a Hungarian prince from the same Habsburg clan. Christie’s Geneva auctioned this iconic cushion cut stone for $21.5 million. The stone was 76.02ct and was color D. The selling value of the piece is $280, 000 in 2012.

Other spectacular examples of historical stones of this shape are the Cullinan II which currently features in the British Imperial Crown and the Hope Diamond among others. 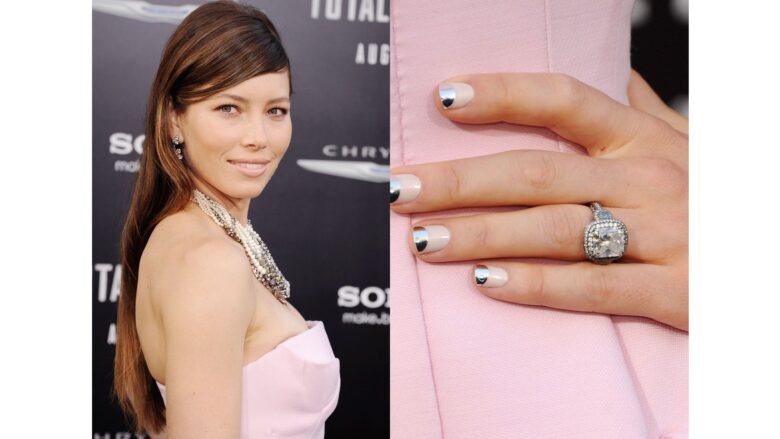 Cushion cut diamond engagement rings are back in trend. The celebs of Hollywood are making this clear by flaunting exquisite shape in their engagement rings. One celeb who has made it to the headlines because of her eye-popping cushion engagement ring is Kim Kardashian. In 2013, Kanye West proposed with a 15-carat diamond ring which went on to become one of the most precious and fashionable cushion cut engagement rings seen in recent years. The stone in the ring was D Flawless.

Jessica Biel too flaunted a ring to mark her engagement to Justin Timberlake. Hers was a vintage featuring cushion cut on a blackened platinum band.

As a buyer, you need to keep your eyes on three things, when buying a cushion. These are:

If you have chosen cushion cut to be your diamond, then you are already pretty ahead in the fashion race. All that remains to be done is to go out there and pick the right stone for your jewelry. The above information should help point you in the right direction. So, go ahead and find yourself the most eye-popping cushion cut diamond you can find.

How To Choose The Best Engagement Ring 2022

Transform Your Sleep with an Adjustable Bed – 2022 Guide

10 Tips on Choosing a Reliable Essay Writing Service In 2022