Emily Ratajkowski Poorly Photoshopped Her Bum on Her Lingerie Ad

One of the most famous models of today, Emily Ratajkowski (28), in 2017, launched her own line of swimwear, and to this day, that line has expanded to include underwear.

Pretty Emily herself advertises her brand “Inamorata,” and there was nothing different with the latest collection that she put on sale. Ratajkowski recently posted a few pieces on social networks. 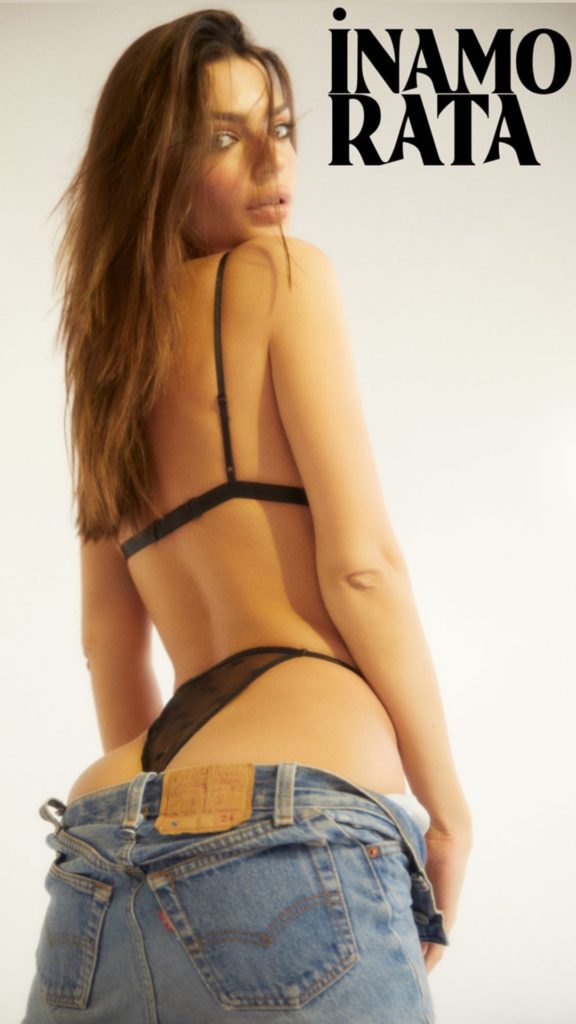 However, the attention of her fans and potential customers were not so much attracted to her underwear as Emily’s bottom, which looks completely unnatural and distorted. Many concluded that she was playing with a photoshop, but the question is how she didn’t notice it before posting the photo.

So, 25,2 million followers were left wondering with the question over their heads. “Bad photoshop,” one comment read, and another added: “Agree, overuse of the liquify.”

“This is one of the worst use of photoshop I have ever seen. I actually can’t believe it’s been posted like this”, one of her followers wrote.

Read Also: Catherine Zeta-Jones ‘Tears off’ Michael Douglas’s Leg in Photoshop and Returns It After Fans Noticed It

The comments about Photoshop continue: “That could not look any more photoshopped,” “What happened here?” and of her fans gave her a piece of advice: “Engage another photo editor. Pic1 is way too photoshopped”.

However, the other half of her followers praised her beauty, which is supported by 1.2 million likes.

Emily gained worldwide fame after appearing in the music video for Robin Thicke’s “Blurred Lines,” and has become one of the most sought-after names in the fashion world.

There are more and more of those who think this American with Polish roots is promoting an unrealistic standard of beauty, but it is of no concern to her. She is dedicated to her career, designing her line of bikinis and underwear, as well as walking on runways.

As for her private life, Emily is happily married to actor and director Sebastian Bear-McClard whom she married in 2018 in New York City.

How Strong Is Mia Khalifa: Fans Are Asking If She Prepares for MMA?